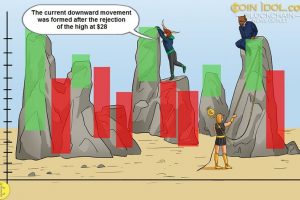 The current downward movement was formed after the rejection of the high at $28, which led to a low of $22. On December 26, the price of DOT took an upward correction that ended at resistance at $32.

This signals the resumption of the downward trend. Since December 27, the price of DOT has recorded a series of lower highs and lower lows. On January 10, the price of DOT reached a low at $22. Today, the market is retesting the current support at $22. If the bears fail to break the low at $22, it is believed that the downtrend has ended. Also, Polkadot has reached the oversold area of the market.

DOT price is at level 36 of the Relative Strength Index for the period 14. The cryptocurrency is approaching the oversold region of the market. The cryptocurrency price bars are below the moving averages, which makes it vulnerable to a decline. The polkadot is below the 20% area of the daily stochastic. The market is in a bearish momentum. 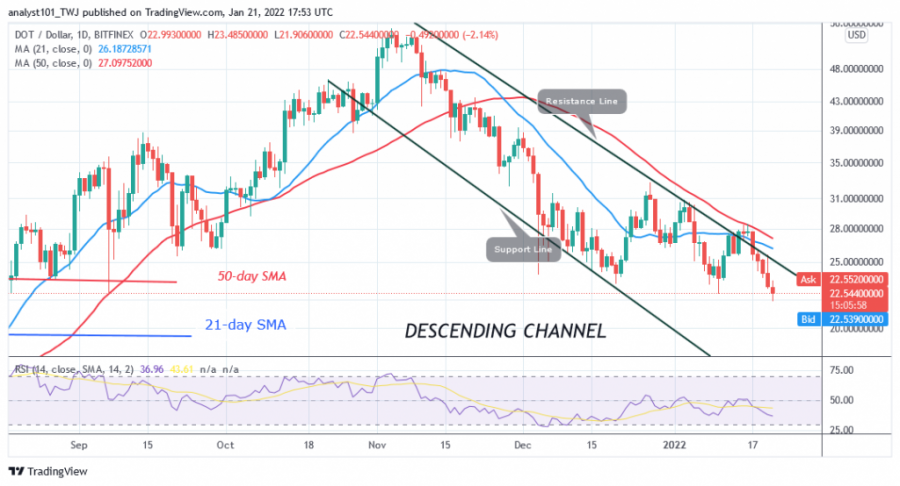 DOT/USD resumed its downward movement after the price broke the current support. Meanwhile, the price tested the 78.6% Fibonacci retracement level with a retraced candlestick in the downtrend from January 19. The retracement suggests that the price of DOT will fall to the 1.272 Fibonacci extension level or $22.40. 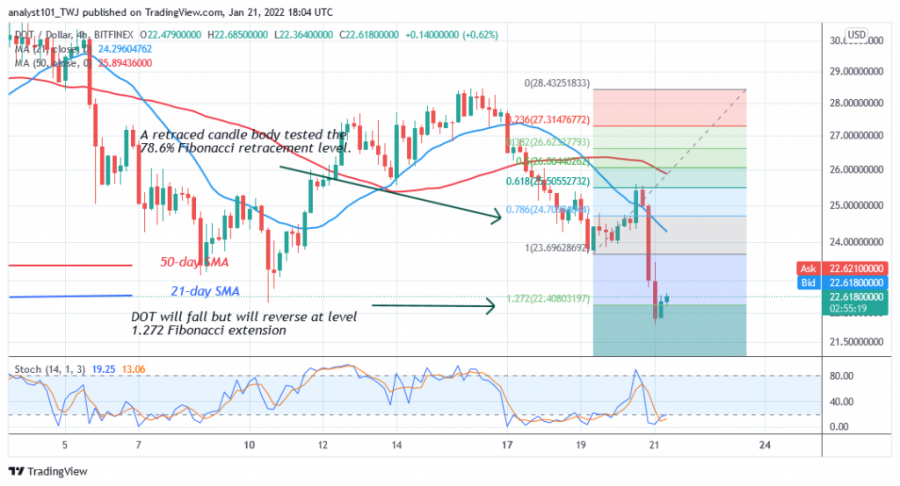