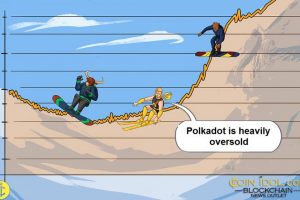 The price of Polkadot (DOT) has continued to fall as the cryptocurrency has hit a low of $34. A further decline is likely as sellers push the altcoin to the low of $32 before it starts to move up again.

This is because the altcoin is heavily oversold. Prior to the recent drop, buyers have been defending support at $37 since November 18. In the latest price action, buyers defended the $37 support as the price fluctuates between $37 and $42. The bears overpowered the bulls as the altcoin traded in the downside zone. With the price of DOT now deep into oversold territory, buyers are likely to defend the current support between $32 and $34.

DOT price has fallen to the 35 level of the Relative Strength Index for period 14. The RSI is approaching the oversold area at level 30, which will end the current downtrend. The polkadot is about to form a bearish crossover. Meanwhile, the cryptocurrency is below the 20% area of the Stochastic on the daily chart. Polkadot is trading in the oversold region. 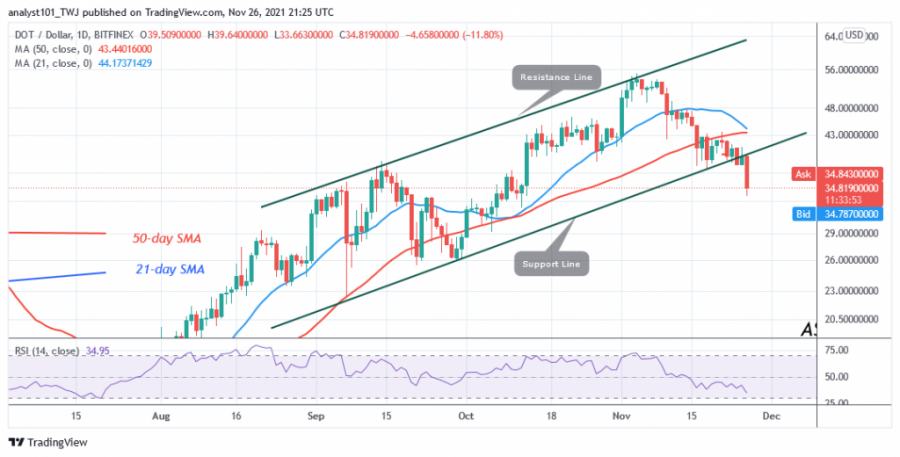 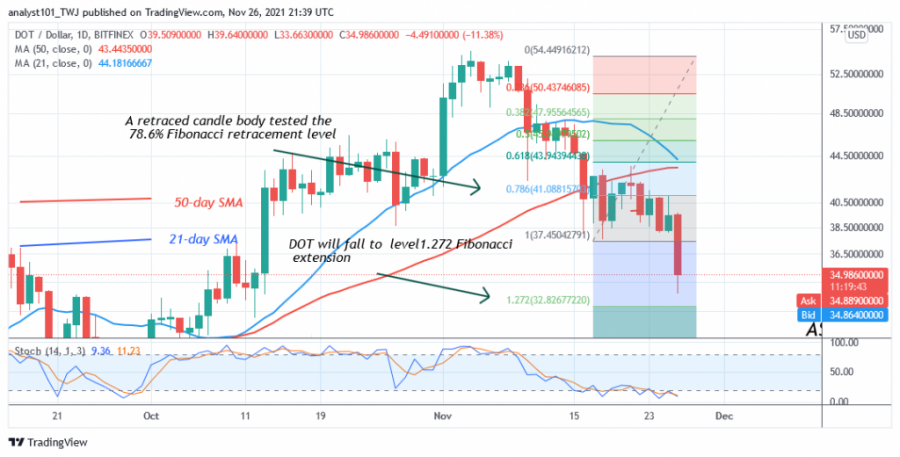