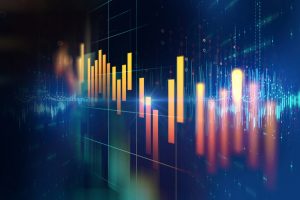 Raoul Pal – a former hedge fund manager with Goldman Sachs – explained in a recent interview that bitcoin’s volatility should not scare investors off too much.

Raoul Pal Is Positive Towards Volatility

To an extent, we cannot help but agree somewhat. Everyone wants to make such a big deal out of the price swings that bitcoin and its crypto cousins have been prone to for so long. The fact is that without this volatility in the picture, bitcoin and digital currency investors likely never would have experienced the riches they are seeing in their portfolios today.

Bitcoin’s volatility cannot be anything but good so long as the cryptocurrency moves north. In the past, it has done both. Bitcoin has gone up and down. When it travels south, everyone suffers. People lose money and they see their portfolios dwindle. This is the same for both gold and stocks. When things go down, people’s wealth goes down. It is the way markets work.

However, when bitcoin moves up, people begin to see their wealth increase, and over the past year, that is exactly what has been happening. People have been watching their bitcoin shoot up like it never has before, and without its vulnerability to price swings, this never could have happened. Thus, Pal seems to be on the right track.

Pal says of the asset’s volatility:

It is a feature that drives risk-reward. So, without that volatility, you cannot have compounded annual returns of 230 percent. Volatility is your friend in this occasion.

Bitcoin hit a new all-time high of more than $61,000 last March, though since then, the currency has dwindled somewhat and landed itself in high $50,000 territory where it has strolled ever since. However, following news that Coinbase is ready to go live this week with its new stock on the Nasdaq, the currency has made its way back above $60,000, and some analysts think a new high could be attained as early as next week once trading really gets off the ground.

For the most part, bitcoin is up roughly 101 percent since the beginning of the year and more than 700 percent over the past 12 months. At this rate, should bitcoin keep up its present patterns, Pal believes that bitcoin could potentially be worth approximately $1 million per unit in the next five years. He says:

The volatility is highly skewed to the upside. This doesn’t mean you don’t get sharp downside shocks and you can’t see big moves.

Institutions Are Getting Over Their Fears

In addition, he says that many institutions are learning to control their fear of volatility and get involved in the bitcoin trading industry, which will only push the asset further. He states:

Everybody is getting involved, is involved, or is in the due diligence process of doing it.