Ray Dalio Seems to Be a Big BTC Fan 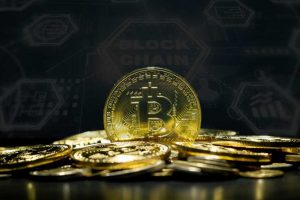 Billionaire investor Ray Dalio says he’s uber impressed with bitcoin given it has been around for so long. The currency was first introduced in 2008 through a whitepaper and was mined for the first time in early 2009. Who would have known that a simple asset would become one of the most powerful financial tools in the world just a dozen years later?

In some recent interviews, Dalio said the following about bitcoin and its respective technology:

It has been an amazing accomplishment for bitcoin to have achieved what it has done, from writing that program, not being hacked, having it work and having it adopted the way it has been. I believe in blockchain technology. There’s going to be that revolution, so it has earned credibility… I think it’s very impressive that for the last ten, 11 years, that programming has still held up. It hasn’t been hacked and so on and it has an adoption rate.

During the interview, Dalio also confirmed that he owned a bit of bitcoin, though he did not specify how much. He referred to BTC as a “younger generation’s alternative to gold.” He further stated:

Bitcoin is like gold, though gold is the well-established, blue-chip alternative to fiat money.

While he doesn’t compare bitcoin directly with gold, he does see it as the digital version of the precious metal. He mentioned:

It has no intrinsic value, but it has imputed value, and it has therefore some merit.

Like many analysts, Dalio is somewhat concerned about world governments getting too involved in the regulation of crypto. He says:

Bitcoin has a number of other issues. If it is a threat to governments, it will probably be outlawed in some places when it becomes relatively attractive. It may not be outlawed in all places. I don’t believe that central banks or major institutions will have a significant amount in it.

However, it doesn’t look like he’s got too much to worry about as of late considering several industry experts have emerged to claim that governments would have a very hard time banning bitcoin and the crypto space in general. James Ledbetter – editor of the fintech newsletter FIN – says:

I don’t think even a concerted effort among different countries and different central banks could actually shut down bitcoin. I don’t think that’s technologically possible, but there are ways that bitcoin could be regulated.

Dalio further stated that while he doesn’t consider himself an expert on bitcoin in any way, he does think the currency has value, and thus people would be foolish not to at least have some of their portfolio allocated to BTC. He mentioned:

I’m not an expert on bitcoin, but I think it has some merit as a small portion of a portfolio.