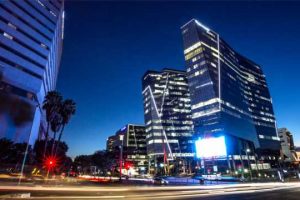 Reports from South Africa suggest that tax authorities have plugged a loophole on the online tax filing system that enabled crypto arbitrage traders to make several purchases on overseas cryptocurrency platforms using just one approval. As a consequence of these tweaks, crypto arbitrage traders are now forced to make a new application each they need to place an order. In addition, this change also effectively rules out daily arbitrage trades.

As the publication Moneyweb’s report explains, some South African crypto traders have been known to “profit from differences in the prices of crypto assets on local and overseas exchanges.” The price differences have ranged between zero and three percent in recent months.

Once this initial approval is given, crypto traders would be able to get subsequent approvals “by going online and hitting a Pin ‘refresh’ button on the Sars website.” However, SARS has now updated its e-filing system, and now “each time the refresh button is hit, the Pin remains unchanged.”

Changes to Affect the Frequency of Trades

In the meantime, the Moneyweb report further reveals that one South African crypto exchange, Valr, has already informed its clients of the changes. Valr said:

The implication of this is that refreshed FIA Pins will not be accepted as valid Pins for the purposes of arbitrage trading and an entirely new FIA application will need to be made in order to conduct further arbitrage trading under FIA once the original FIA Pin is exhausted.

In addition, the exchange’s CEO, Farzam Ehsani, was quoted warning clients that they now need to “wait for each FIA application to be approved before trading.” However, Jon Ovadia, CEO of Ovex, a cryptocurrency broker, is also quoted dismissing fears that the changes to the e-filing system will affect his firm. He said:

We never used the automatic Pin renewal system as we know Sars did not like this system [even though it made it available to the public].

What are your thoughts on the changes that have been made by the SARS? Tell us what you think in the comments section below.