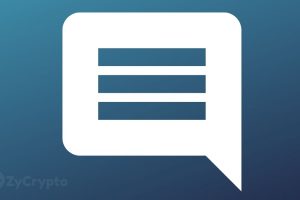 The issue of compliance to government regulatory controls has a thorn in the neck of crypto projects, and it may have actually stalled some of them.

However, those strong enough like Bitcoin and Ethereum have managed to press on, even through years of restrictive and hostile government reactions. Now, things are looking up for the crypto space as government agencies like the US SEC begin to recognize the advantages that come with cryptos.

According to Charles Gasparino, who happens to be a senior correspondent working with Fox Business Network (FBN), the US SEC appears to be changing its stance to avoid the path taken by its former chair, Jay Clayton.Gasparino argues that according to a recent testimony in the case pitting Ripple against the SEC, the said approach may have been tailored to ratify Bitcoin and Ethereum as compliant cryptos.

Now, the US SEC is claiming that it hasn’t declared these cryptos compliant.Gasparino goes on to intimate that efforts by the Fox Business Network to get feedback from the agency have been declined.

While Charles Gasparino is seemingly introducing a rather engaging debate on the compliant status of Ethereum, Bitcoin, and XRP (on Ripple’s part), there are those in the following that don’t exactly agree with his claims. According to some, the said cryptos, especially Bitcoin, were never securities in the first place. With this, there is an emphasis on Bitcoin not being a security.

In the case of ETH, there seem to be conflicting signals. One responder argued that the SEC has been dilly-dallying and not coming out clearly on whether ETH is a security or not.

However, unlike in the case of Ripple’s legal tussle with the SEC, there hasn’t been such a case involving ETH. Ripple has been battling the regulatory agency in court for months now, and it’s not yet clear which direction the final verdict will take or how that verdict will affect the crypto space going forward.