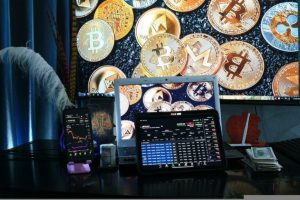 On Monday (16 January 2023), Nik Bougalis, the former Director of Engineering at Ripple, shared his thoughts on the attempt by Su Zhu and Kyle Davies, co-founders of bankrupt crypto hedge fund Three Arrows Capital (“3AC”) to raise funds for a new crypto exchange.

On 21 October 2022, Bougalis, who had been working on the XRP Ledger (XRPL) for around ten years, took to Twitter to say:

“My decade-long journey at @Ripple has been a fantastic (if exhausting and all-consuming) one. I got to work on a project that I love, towards a goal I believe in. But that journey will be coming to an end in a few weeks. I am grateful to have had the opportunity to work alongside and learn from @JoelKatz, Arthur Britto, my teammates on the C++ team (past and present) and so many others at Ripple. The camaraderie and esprit de corps of the C++ team is what I’ll miss the most.

“And what of the #XRPL? Its long-term health and success isn’t predicated on any one person. I’m confident that it will be just fine, thanks to talented and passionate individuals who contribute and participate, each in their own way. Leaving Ripple wasn’t an easy decision, but it is the right one for me. To my fellow Ripplers: I wish you unbridled success.

“As for what’s next? I’ll talk about it when it’s time, but I am NOT joining another blockchain project/company, nor am I doing NFTs or DeFi.“

On 11 January 2023, he announced on Twitter that he was joining Miami-based trade finance company Marco as its new CTO:

Here is what Bougalis thinks about this news: