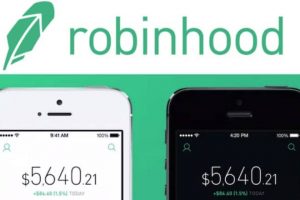 California-headquartered Robinhood has submitted its amended initial public offering (IPO) filing with the SEC, showing that the broker is seeking a market valuation of as much as $35 billion in its upcoming public listing.

The regulatory filing released on Monday shows that the brokerage firm will sell 55 million shares in the IPO, and each of its shares will be priced at a range between $38 and $42: the upper limit will put the market value of the company at $35 billion. The company is seeking to raise up to $2.3 billion with the IPO.

Robinhood has disrupted the US stock brokerage industry with its commission-free model. Its offerings include trading with stocks, cryptocurrencies and stock options. The brokerage startup was last valued at $11.7 billion in a private equity round closed in August 2020.

Charles Schwab, which is one of America’s top brokerage platforms, has a current market capitalization of $130 billion, while Interactive Brokers is valued at $26 billion.

In addition, the latest filing revealed many other key business metrics of Robinhood. The broker is estimated to have 22.5 million funded accounts, which is a significant increase from 18 million in the first quarter of 2021.

Meanwhile, Robinhood garnered a lot of controversies due to its business practices. The broker routes its clients’ orders to principal trading firms in exchange for fees. It was fined $65 million last December by the SEC for non-disclosure of its business model and has faced another $70 million penalty recently for systemic supervisory failures.

Though Robinhood filed its initial IPO papers in March, it is not clear when it will make its market debut due to the regulatory penalties.