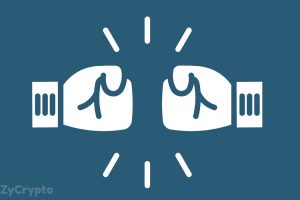 Public brokerage Robinhood is set to experiment on cryptocurrency wallets with some users after increasing calls for the platform to incorporate them. The move came after a spike in cryptocurrency activity on the platform and now, the asset class contributes over 50% of Robinhood’s revenue.

Robinhood shares soared by 10.9% after the announcement that the company was testing cryptocurrency wallets. In a blog post, Robinhood stated that the feature will be available to some select clients starting next month and this addition will allow users to send, receive and move cryptocurrencies in and out of the Robinhood app. This decision will have the effect of giving users more control over their assets as the broker had previously come under fire for giving exposure to users but not offering ownership of the tokens.

Speaking with CNBC, Chief Product Officer Aparna Chennapragada said that since Robinhood is not the first in the market, it will be adopting a cautious approach. “We’ll have a few customers come in, iterate on the product, get the customer feedback and then expand from there,” she said.

When the feature is launched, users of the platform will be able to consolidate their tokens into one account offering a wider range of options to clients. The firm has stated that the new wallet will be packed with security features like multi-factor authentication and identity verification. Chennapragada also added that the move “is completely aligned” with regulators, signaling smooth sailing ahead.

New Rivals On The Block

U.S based cryptocurrency exchanges like Kraken and Coinbase already offer cryptocurrency wallets to their customers. The introduction of the feature by Robinhood is poised to take a piece of the market share controlled by Coinbase given its impressive metrics. The company only made a foray into cryptocurrencies three years ago and already has over 18 million customers with 9.5 million trading cryptocurrencies in the first quarter of the year.

Robinhood’s no-fee trading may be an incentive for some of Coinbase’s users to make the switch to the platform when the wallet feature rolls out. Coinbase’s plan for a lending platform has been abandoned after threats of a legal battle by the SEC but the exchange still has offerings that will help stave off potential competition.