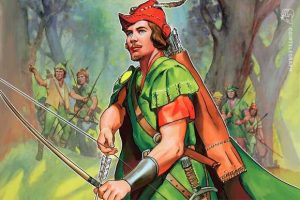 Stock and cryptocurrency trading app Robinhood is expecting its quarterly revenue to decrease based on significantly high trading volume earlier this year.

In an amendment to its Form S-1 filed with the United States Securities and Exchange Commission on Monday, Robinhood reported that its trading activity for January and February was “particularly high” but had dropped by the end of the second quarter of 2021. According to the trading app, it expects its Q3 2021 revenue to be lower “as a result of decreased levels of trading activity relative to the record highs in trading activity, particularly in cryptocurrencies.”

Robinhood reported its total revenue experienced year-over-year growth of more than 123%, from $244 million at the end of the second quarter of 2020 to between an expected $546 million and $574 million on June 30. The difference in revenue was driven in part due to “increased trading activity related to options and cryptocurrencies.”

According to the trading app, 17% of its total revenue for Q1 2021 was derived from transaction-based revenues earned from crypto transactions, compared with 4% in the previous quarter. Robinhood reported that more than 9.5 million customers traded roughly $88 billion in crypto in the first quarter of 2021, while it had $12 billion in crypto assets under custody as of March 31.

In addition, 34% of this quarterly revenue was directly attributable to Dogecoin (DOGE) transactions — the price of the token surged significantly in late January before reaching an all-time high of more than $0.68 on May 6. Robinhood claimed that its business could be adversely affected “if the markets for Dogecoin deteriorate or if the price of Dogecoin declines” without similar demand for other tokens on the app.

The filing comes as the trading app is preparing to go public on the Nasdaq exchange using the ticker “HOOD.” On July 1, Robinhood filed a Form S-1 registration statement with the SEC, saying it intended to move forward with an initial public offering for its Class A common stock. The company initially said it planned to raise $100 million in the debut, but the most recent filing suggests an offering of more than $2.5 billion for 60.5 million of the shares for up to $42.

Robinhood is also reportedly continuing to face scrutiny from regulators in the United States. Last month, the Financial Industry Regulatory Authority penalized the trading app roughly $70 million based on the results of an investigation alleging Robinhood had caused “widespread and significant harm” to thousands of users and exhibited “systemic supervisory failures” starting as early as September 2016. The trading app said it reached an agreement-in-principle with the regulatory body to pay some of the fines on a “no admit, no deny basis.”