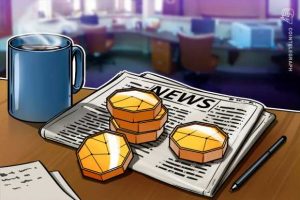 Bill Hinman, also known as William Hinman, is the former director of the SEC’s Division of Corporation Finance, and he has become a key factor in the long-running legal dispute between SEC vs Ripple Labs over alleged unregistered securities offerings via XRP tokens.

Speaking at the 2018 Fintech Week Conference — while serving at the SEC — Hinman stated that the sale of Ether (ETH) did not constitute “securities transactions.”

But it seems as if the SEC is dragging its feet on admitting the obvious in hopes of slowing the case down.

According to a May 18 motion to compel Requests for Admission (RFAs) submitted by Ripple Labs’ legal team Debevoise & Plimpton, the SEC has “failed to respond in accordance with the applicable rules as to 53 RFAs on important subjects where there is no real dispute.”

Ripple is seeking for the court to order that the RFAs either be admitted or that the SEC provides amended responses. In relation to RFAs focused on Hilman, the SEC has not been able to confirm a series of instances that essentially appear to be undeniable.

For example, despite Hinman being completely visible and audible during a recorded interview at a public event, the SEC has refused to confirm or deny if the recording is authentic, or if the statements made by Hinman were actually him.

Notably, the YouTube video referenced by Ripple’s legal team appears to have been uploaded by the interviewer, Chris Brummer, who is a Georgetown law professor. The account which dates back to 2016, bears his name, profile picture links to all of his professionally affiliated websites.

Despite this the SEC claims to be all at sea as to the identity of the mystery man.

“Subject to all of the foregoing objections, and after reasonable inquiry, the information known and currently available is not sufficient to enable the Commission to admit or deny this request.”

The SEC has also denied a request that it cannot challenge the authenticity of the video, and appears intent on not conceding any information on the matter.

Late last month, after having a request to shield documents relating to Hinman denied, it also filed a letter motion asserting that it had attorney-client privilege relating to internal details about Hinman’s 2018 speech.

Many onlookers have argued that Hinman’s comments could be one of the deciding factors that works against the SEC’s argument that the XRP token should be deemed a security. It has also recently been suggested that Hinman may have had a conflict of interest while working at the SEC which may also affect the outcome of the case.

On May 11, corruption watchdog Empower Oversight claimed to have documents obtained under a Freedom Of Information request which showed that Hinman had an undisclosed “direct financial interest” with the Simpson Thacher & Bartlett law firm which is a member of the Enterprise Ethereum Alliance (EEA).

Commentators such as John Deaton, founder of legal news outlet Crypto Law, told his 198,000 Twitter followers that, “if Hinman didn’t submit the speech to conflicts screening it is game set & match.”