Home » Crypto » SEC wins LBRY case, but the victory may have little impact in the greater cryptoverse

SEC wins LBRY case, but the victory may have little impact in the greater cryptoverse 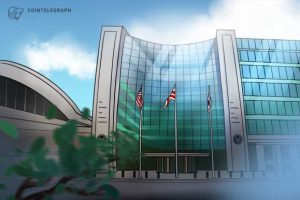 The United States Security Commission (SEC) won its case against blockchain-based file-sharing and payment network LBRY in districtcourt in New Hampshire on Nov. 7 when that court decided to grant an SEC request for summary judgment filed in May. The case garnered lots of commentary on its own and in relation to the ongoing Ripple case.

LBRY operates a digital content network. The Odysee video sharing website is its best known app. The network uses LBRY Credit (LBC) to reward users for performing tasks, referring new users, contributing to projects and publishing content, according to the LBRY website. LBC can also be mined or purchased.

The case against LBRY

The SEC filed a complaint against LBRY in March 2021, claiming that LBRY was selling an unregistered security. The SEC sought a permanent injunction against the sale of the tokens, disgorgement of all funds received with interest and civil penalties. It did not allege fraud or charge any individuals in the case, however.

LBRY argued that LBC was not intended for investment purposes, but had a use on the LBRY blockchain from the moment of its launch. Something with a function is a commodity, not a security. LBRY further argued that it was not given fair notice that its assets were subject to securities laws.

The court’s dismissal of the fair notice claim was simple and direct:

“The SEC has based its claim on a straightforward application of a venerable Supreme Court precedent that has been applied by hundreds of federal courts across the country over more than 70 years.”

In other words, LBRY should have been familiar with the Howey test, which is the standard for defining a security. Regarding LBRY’s claim about the token’s investment uses, the court found that:

“The SEC identifies multiple statements by LBRY that it claims led potential investors to reasonably expect that LBC would grow in value as the company continued to oversee the development of the LBRY Network. LBRY minimizes the significance of these statements, and points to its many disclaimers that it did not intend for LBC to be purchased as an investment, but the SEC is correct.”

That is to say that LBC does not pass the Howey test. And again, a disclaimer has been shown to be inadequate protection. The court takes the principle further, however, noting, “Nothing in the case law suggests that a token with both consumptive and speculative uses cannot be sold as an investment contract.” Not only that:

“But even if it [LBRY] had never explicitly broadcast its views on the subject, any reasonable investor who was familiar with the company’s business model would have understood the connection.”

What the SEC accomplished

The case has been closely watched, because any case touching on the eternally problematic question of what cryptocurrencies are securities is significant, particularly when it comes to trial.

“The SEC vs LBRY case establishes a precedent that threatens the entire US cryptocurrency industry,” LBRY CEO Jeremy Kauffman told Cointelegraph in a written statement. “Under the SEC vs LBRY standard, almost every cryptocurrency, including Ethereum and Doge, are securities.”

Related: Judge rules LBRY video platform’s token is a security in case brought by the US SEC

The case did not shed any light on SEC policy otherwise. While the SEC emphasizes “facts and circumstances” in its discovery, the industry is keen to identify triggering factors. Most cryptocurrencies have both investment and use cases. But the LBRY case did not provide any clarity on mixed use because it looked only at the initial uses of the token.

“Many of us were looking to that case for some guidance how a court would handle […] a mixed use case,” Philip Moustakis, former SEC counsel and current counsel at Seward & Kissel, told Cointelegraph. “Maybe the Court would have arrived at a different conclusion if the investment case were not so clear. Or if there were better facts supporting the token’s utility and use cases,” he said.

“This isn’t a test case” for mixed use tokens, DavisPolk partner Zachary Zweihorn told Cointelegraph. “I think XRP is a closer call and a better test case.”

Zweihorn saw LBRY as easy pickings. “I think if the case was too hard, basically, they [the SEC] might not bring it. […] They bring cases like this when they have good facts. The SEC gets to do a lot of investigation in advance,” he said.

Lawyer John Deaton, who frequently comments on the Ripple case, said on his CryptoLawTV broadcast on Twitter:

“They go to New Hampshire and pick a company that raised a couple hundred thousand dollars. Why? Because they had a favorable judge and they wanted a favorable ruling.”

The LBRY case resembled Ripple’s, Deaton pointed out, in that in both cases, the founders raided funds from angel investors and they had no initial coin offerings. Their Howey test arguments differ, however.

The LBRY case was heard in the U.S. First District, which means the LBRY decision does not have direct impact on the SEC v Ripple case now taking place in the Second District. Deaton had no doubt the SEC would refer to the LBRY decision in its Ripple arguments though. The decision is subject to appealed.