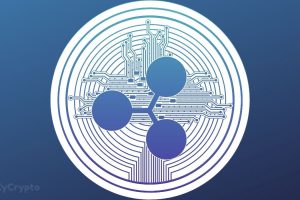 After two long years of litigation bringing about uncertainty in the price of Ripple (XRP), the end is finally in sight.

The Securities and Exchange Commission (SEC) and Ripple Labs filed separate motions on Sept 17 in the United States Southern District Court of New York for summary judgement to determine if Ripple violated securities laws. The SEC has been tough on Ripple after filing a case against the company and two executives, Chris Larsen, Ripple’s co-founder, and Brad Garlinghouse, the company’s CEO, back in 2020.

It has been two years of numerous discoveries and legal back and forth between the two, with Ripple maintaining its stance that it did not violate any law. Ripple claims that the $1.3 billion raised by offering XRP was not from a security as the essential ingredients of Howey’s test are absent. The application for summary judgement filed by the two parties before Judge Analisa Torres could well be the end of this prolonged legal battle.

A summary judgement implies that the court has been asked to determine whether there was a violation of the Securities and Exchange Law by Ripple from the documents before it without necessarily going to a full trial. Garlinghouse seems confident, tweeting that the SEC is acting outside of their jurisdiction in stressing that XRP is not a security.

“They want to remake it all in an impermissible effort to expand their jurisdiction far beyond the authority granted to them by Congress,” wrote Garlinghouse.

What’s ahead for XRP?

As the cryptosphere awaits the immediate ruling of Judge Analisa Torres, reactions have trailed the decision to apply for summary judgement. XRP has had more community support since the saga’s beginning. The price of XRP has been a cause of concern for many as many analysts suggest that it has not reached its full potential.

The price, which once topped $3 currently trades at $0.48. Ranked 6th by market capitalization, XRP could have done much better in the last two years without the SEC breathing down on it. The end of this case could see Ripple going public as the CEO said back in May that they would consider the option.