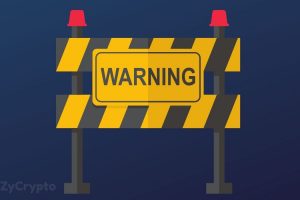 Shiba Inu’s meteoric growth in the last couple of months has attracted hordes of scammers and con artists hoping to rip off unsuspecting investors. The Shiba Inu team wants to stifle their efforts and has issued a warning to investors with tips on how to defend themselves.

Shiba Inu’s official Twitter page posted a tweet on Sunday, calling the attention of investors to potential scams that could see them lose their tokens to bad actors. The tweet was accompanied by a video that showed the tactics employed by the scammers.

“Stay Alert & Safe #ShibArmy! We’ve been made aware of a recent scam, traveling social media, and other communication platforms.” said the tweet. The accompanying video revealed that the scammers are leveraging telegram and impersonating official accounts and making false claims of airdrops to entice unsuspecting individuals.

The message goes on to warn investors that the project does not have any upcoming airdrops, bonuses, or giveaways as the impersonating accounts claim to offer. The aim of these is to bait users to share sensitive and private information with scammers that could lead to devastating losses.

The warning ends with the team urging users not to share their wallet keys nor provide email addresses or passwords with impersonating accounts. Users are advised to stay away from scam telegram groups and not to send tokens to scammers. “Block, report, and stay alert,” reads the warning.

Shiba Inu Is A Magnet For Hordes Of Scammers

It’s pretty easy to see why Shiba Inu is like nectar to the hordes of scammers on the internet. Shiba Inu made a massive buzz after it climbed by over 2,000% to break into the top 10 largest cryptocurrency list, attracting the attention of Elon Musk and thousands of investors. A recent study puts Shiba Inu as one of the most searched crypto assets ahead of Bitcoin.

As more individuals are trying to latch onto the SHIB train with the hopes of changing their fortunes, scammers are also looking to take advantage of the opportunity it provides.

It seems that the heat from the massive rally has cooled with Shiba Inu falling to 12th place behind Dogecoin and Avalanche. SHIB trades at $0.00004247 and currently has a market capitalization of $23 billion. Since its surging prices, the ecosystem has seen a spike in the creation of new cryptocurrencies themed around dogs, specifically the Shiba Inu breed.