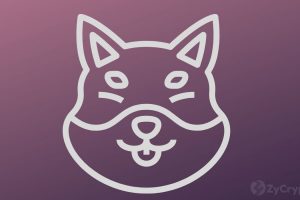 Shiba Inu (SHIB), a popular meme coin and Dogecoin competitor, remains a solid buy for its biggest investors despite a lackluster price action in recent days. An Ethereum whale has just purchased an eye-popping 4 trillion Shiba tokens as the price of the meme-inspired cryptocurrency sees a massive surge today.

According to crypto whale monitoring resource WhaleStats, the whale wallet spent a total of $136 million in the 4 trillion SHIB tokens over the last 24 hours.

Ethereum whales have noticeably influenced the price of the dog-themed cryptocurrency in recent months. As ZyCrypto reported previously, large investors have continued accumulating SHIB despite the price lull seen of late. Such investors spot the opportunity to jump in and scoop up steep discounts during micro consolidation periods.

While the recovery in the SHIB price today comes as the broader crypto market rebounds, accumulation from whales seems to have served as a precursor to the 12.9% upsurge today. The rally is notable for the fact that the viral meme cryptocurrency has outperformed Bitcoin and Ethereum over the last 24 hours; BTC has gained just 5.2% and ETH 4.6%.

SHIB is an Ethereum-based cryptocurrency that has grabbed headlines over the past months, breaking record high after record high. According to WhaleStats, Shiba Inu is currently the most traded and largest hodling token among the top 1,000 Ether (ETH) wallets.

This is not the first time SHIB is proving its supremacy in top ETH wallet holdings. After dropping to the third position following the market-wide pullback, SHIB recaptured the first spot among the top 1000 Ethereum whales last week and has since maintained its status.

On several occasions in recent weeks, SHIB has flipped Dogecoin to become the world’s tenth-largest cryptocurrency on the crypto rankings. It is now the 13th-highest-ranked cryptocurrency in terms of total market value with $17.7 billion, per data from CoinGecko.

Suffice it to say, Shiba Inu has gained tremendous popularity this year. The self-proclaimed Dogecoin killer was recently accepted by the largest movie theatre chain in the US, AMC Theatres.

Moreover, the SHIBArmy has been loudening its voice on Twitter. According to Whale Rumors, Shiba Inu was the most mentioned hashtag in a 24-hour period as of December 17.