Social Media Influencers Would be the Next Big NFT Market Maker 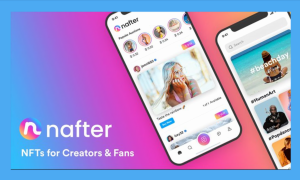 Non-fungible tokens have lifted off in terms of popularity and use case this bull season. From being used as a fan token it has grown to become an independent ecosystem of its own attracting the attention of many mainstream artists, celebrities, and sports superstars. The NFT mania has gripped the whole world and despite the early hype, many prominent crypto personalities believe it has a long way to go. Amid various use cases right from auctioning rare memorabilia be it a digitized version of a painting, music, or the most latest being source code to the first website on the internet, NFT has become a go-to choice for people from all walks of life.

One unexplored arena that not many have ventured into is the Social media-based NFT marketplace. Social media is currently the king of all influencer platforms and people are crazy for these influencers quite similar to Hollywood celebrities and stars. One prime example is Kylie Jenner who built her multi-billion-dollar cosmetic empire through Instagram. Most social media celebrities charge a similar amount for advertisement as A-list superstars. There is no second thought on the impact of these social media stars in today’s world and Nafter is looking to bank on social media to bring a new era or digital collectibles.

Nafter has become the world’s first social media platform built for influencers and fans that would allow creators to sell their content as NFT. To understand how content could be a valuable form of  NFT, let’s focus on the first tweet from Twitter CEO Jack Dorsey which was converted to an NFT and fetched $2.9 million, and guess what the tweet was,

The value of the content comes from the origin rather than what makes the content. For example, the first photo of Kylie Jenner’s daughter could fetch million from her fan. Similarly, a post with a photo of a contract between Jake Paul and Floyd Mayweather could be of great value. People have been selling celebrity memorabilia including chewed gum, autographs and socks, and much more items with no inherent value for hundreds of thousands of dollars, so there is no doubt content of great scarcity can bring in a similar value to the Nafter NFT marketplace.

Nafter is already moving rapidly to build its ecosystem and has signed the likes of England Patriot Defensive Back Adrian Colbert and Serbian TV Personality Stanija Dobrojevic under its ambassador program to grow its influence among fans. Many mainstream celebrities like Eminem, Floyd Mayweather, DJ Khalid, and mega social media influencers such as Kim Kardashian and many others have either launched some form of NFT or looking to do so. Nafter has the potential to start a new era or NFT marketplace for social media influencers.

The best part of the platform is that the users or fans decide the value of the NFT launched by various influencers. The platform is not just limited to social media celebrities and can be accessed by celebrities from various industries be it music, art, or sports, or anyone with a fan following good enough to generate valuable content.

Apart from celebrities, the platform offers great opportunities for fans and regular users as well via its native token of $NAFT. Users can stake different amounts of native tokens to make passive income on their staked tokens. As long as one can generate value through their social media influence, they can join the Nafter platform to make the most of their influence.

Social media platforms have become a medium for advertisers, brands, and promotional campaigns the fastest way to reach their audience, because of that these platforms see billions getting poured in from various brands. The popularity and demand for social media platforms could well play a billion-dollar part in the next leg of the NFT market. The value of NFTs comes from fans and people buying them, thus influencer-made content in the form of an NFT could become the next big thing.

The value of social media content is visible from the recent auction of the internet’s early memes being auctioned off for hundreds of thousands of dollars. Valuable things would always attract attention from the right market. Several NFT markets are thriving at present be it sports, memes, art, Pokemon cards, and much more, and social media-based content NFTs could be the next big thing. Be it the very first post made by the likes of Jack Dorsey, or an iconic photograph from your favorite influencer. Nafter has created such a platform where influencers and fans come together to build an ecosystem of their own.

Social media is already showing a great influence on our modern pop culture and the craze for influencers can usher a new era of influencers NFT.