Home » Crypto » Solana: InvestAnswers Explains How $SOL Price Could Go Up by Over 1000%

Solana: InvestAnswers Explains How $SOL Price Could Go Up by Over 1000% 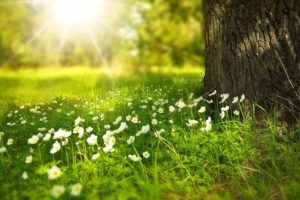 Recently, James Mullarney, the host of the very popular YouTube channel “InvestAnswers”, talked about $SOL, the native token of the Solana blockchain, and explained how he had arrived at his price target for $SOL.

Here is how Coinbase described Solana in a blog post published on 29 June 2022:

“Solana is a decentralized computing platform that uses SOL to pay for transactions. Solana aims to improve blockchain scalability by using a combination of proof of stake consensus and so-called proof of history. As a result, Solana claims to be able to support 50,000 transactions per second without sacrificing decentralization, and is one of the largest proof of stake blockchains by market cap.

“Solana aims to enable smart contracts to allow developers to build a wide range of decentralized finance (DeFi) apps, new crypto tokens, games, and more. When users stake their crypto, they make the underlying blockchain of that asset more secure and more efficient. And in exchange, they are rewarded with additional assets from the network, which are paid out as rewards.“

In a YouTube video released on August 28, Mullarney compared Ethereum and Solana with respect to speed, fees, technology, ecosystem, and finally daily active users (DAUs) and breadth of DApps.

According to a report by The Daily Hodl, here are a few highlights from Mullarney’s comments:

As for which of $ETH and $SOL is a bigger bargain (i.e. better from the point of of view of a value investor), he said:

“This is the million-dollar question. If you look at value hunting… I uncovered things like Tesla [and] Google before they had big runs and that’s the key here. You’ve got to get into stuff early before they have big runs… If you look at the relative value of this asset compared to others, let’s just look at market caps. If you combine the market cap of Ethereum and MATIC, it is over 17 times larger than that of Solana. Does it do 17 times more? No. That’s my thesis.“

Here is what the InvestAnswers host thinks about the two ecosystems:

“Ethereum has a vast ecosystem. I estimate it is over three times the size of the Solana ecosystem. It’s like 3,000 DApps versus about a thousand DApps, but since Ethereum was the first successful smart contract platform, it had a huge head start, nearly five years over all other protocols in the smart contract space, the layer-1 space… Ethereum’s long-term strategy is very favorable since this technology is not only disruptive, but also based on its platform with incredible growth potential and has the largest development community of all cryptos...

“Solana, however, is catching up in this aspect. Some [of it] still very nascent stage, has about a billion dollars in TVL [total value locked]. I think it’s $1.4 billion or something right now, and this is small compared to the $35 billion on Ethereum.“

“What I did was I compared the Bitcoin price to the Ethereum dominance in the future, which I believe will be at least 25%, and that will bring us to an Ethereum price, hypothetically, of $15,450 if Bitcoin goes to $158,000. If Bitcoin doesn’t go to $158,000, that $15,000 price target for Ethereum goes away. And that is a function of the scarcity, the deflationary nature of ETH in proof of stake, etc., etc...

According to Mullarney, if $SOL reaches 10% of $ETH dominance, then that means the $SOL price could reach $370.