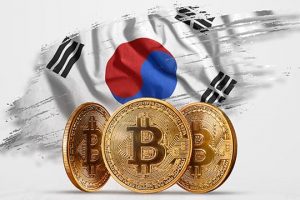 South Korea’s financial regulator is set to establish a new independent bureau to monitor the digital currencies industry. The new bureau will fall under the country’s anti-money laundering watchdog and will seek to enhance investor protection.

The Financial Services Commission (FSC) confirmed in a statement that the new division will be known as the “crypto asset monitoring bureau.” It will fall under the Korean Financial Intelligence Unit, an arm of the FSC that deals with all issues related to financial fraud and money laundering.

According to a report by the Korea Times, the new bureau will monitor for any suspicious transactions related to digital currencies and will decide on the extension of license for digital currency operators. It will also use the information it collects to explore additional ways on how to protect digital currency investors in the country.

The FIU will oversee the new bureau, the statement revealed. As part of this, the FIU will have a “Policy Management Planning Division” inside this bureau. The new bureau’s leader will take an advisory role, reporting directly to the FIU chief.

The FSC revealed in its statement that it was going further in regulating digital currencies, this time granting a request by the anti-money laundering agency to increase the personnel who will focus on all things digital currencies.

“The FSC’s decision for the creation of an independent bureau inside KFIU with increased personnel is aimed at checking and monitoring cryptocurrency-related financial activity and preventing potential money laundering,” an official remarked.

This is just the latest in a series of regulatory changes that the FSC has embarked on as it seeks to have a tighter grip on the digital currencies industry. So far, only Upbit, the largest exchange in the country, has managed to fulfil them all. As CoinGeek reported recently, Upbit became the first exchange to file a business report with the FIU. To do so, an exchange must have a banking partner, implement real-name accounts, acquire an Information Security Management System (ISMS) certificate and a raft of other requirements.