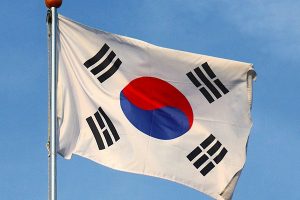 The South Korean government has determined to move forward with the 20 percent crypto tax on capital gains from such transactions starting next year, despite recent political turmoil. According to The Korea Herald, Seoul announced the plans after having a meeting with the vice-ministerial interagency headed by Koo Yoon-cheo.

The tax authorities will classify new ruling on capital gains from crypto transactions done during 2022 as “miscellaneous incomes.” That said, digital asset holdings should be reported in yearly filings starting May 2023, as they will be subject to the 20 percent tax.

Furthermore, the Financial Service Commission (FSC), the country’s top financial watchdog, was confirmed by the government as the central state body to oversee and regulate the domestic crypto sphere. The announcement comes in the wake of South Korean political parties’ efforts to delay the crypto taxation policy, as the national elections loom in a bid to catch young voters.

Local media outlets have stated that such a population is decanted primarily to vote in favor of the country’s leading party, the Democratic Party. Still, the crypto regulatory issue became a hot topic at a political level, as it sparked controversy and disputes among lawmakers, who even held “crisis meetings” to talk about how to find ways to ease the current government’s tough stance on cryptocurrencies.

However, no South Korean ministries wanted to take care of the regulation, according to SBS. Two weeks ago, an unnamed government official said: “Most ministries do not want to take charge of the problem. A solution will emerge only after the ministries’ responsibilities have been spelled out.”

Moreover, officials from the South Korean Ministry of Strategy and Finance recently announced a new crypto tax, targeting miners who earn virtual currencies over $2,200 annually – subject to a 20 percent rate and starting 2022.

Finance Magnates reported in April that the Seoul Metropolitan Government seized cryptos from hundreds of tax evaders who hid their money in the form of digital assets.