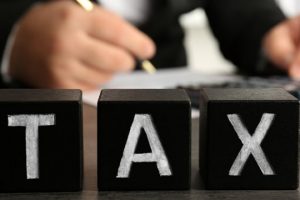 South Korea’s 20% tax on digital currency may have been postponed by one more year, but the National Tax Service agency is determined to bring in some revenue from the sector. A news report has revealed that the agency will begin to tax inherited or donated digital currencies starting 2022.

National broadcaster KBS reports that the National Tax Service will begin to target those that receive digital currencies either from donors or from their loved ones as inheritance. This taxation will be separate from the scheduled 20% tax for digital currencies worth $2,100 and above. The latter was recently pushed back by one more year and will take effect in January 2023.

To tax inherited digital assets, the tax agency will look at the average amount for each month before and after the date of commencement of inheritance or the date of donation.

The agency will assess the price of digital currencies depending on the average prices indicated by the Big Four exchanges—Dunamu (the operator of Upbit), Korbit, Coinone, and Bithumb.

“We plan to evaluate virtual assets traded on other exchanges at a value that is reasonably recognized, such as the daily average price of the trading day announced by the business operator or the market price announced at closing,” it stated.

Starting in March, Koreans can check the average monthly price (calculated from the Big Four exchange prices) on the agency’s website.

The taxation of digital currencies has come under intense debate in Korea. The 20% tax on digital currency profits above KRW2.5 million (US$2,100) was scheduled to take effect in October 2021, but legislators, mainly from the opposition party, managed to push it ahead by three months to January 2022. They didn’t stop there and ended up having the implementation for the taxation moved to January 2023, despite the government pushing back hard against the postponement.