Home » Stablecoin Tether To Launch On Polkadot And Kusama

Stablecoin Tether To Launch On Polkadot And Kusama 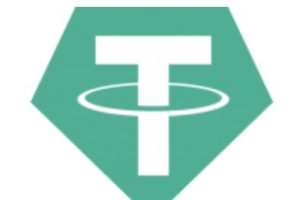 Polkadot is a next-generation blockchain protocol connecting multiple specialized blockchains into one unified network. It aims to solve the biggest challenges that blockchain-based platforms face today: governance, interoperability and scalability.

The launch of USDt on Polkadot is pending the formation of parachains: independent chains that can have their own tokens and be optimized for specific use cases. The aim is to ensure that when USDt is available, it will become the first ever stablecoin on the Polkadot network. As parachains will first launch on Kusama, USDt will deploy there before becoming available on Polkadot.

“We’re excited to launch USDt on Polkadot, offering its growing and vibrant community access to the most liquid, stable and trusted stablecoin in the digital token space,” said Paolo Ardoino, CTO at Tether. “Polkadot is one of the most exciting projects in the digital token ecosystem and we anticipate a ready uptake of the Tether token as it powers Polkadot’s emerging DeFi ecosystem. Polkadot, with its parachain structure, has the ability to grow significantly in the coming years. This growth will be driven by its high level of scalability.”

Before deploying on Polkadot, the first protocol that provides an environment for cross-chain composability of multiple applications and protocols, USDt will go live on the network’s cousin, the canary network Kusama. Launched about a year before the Polkadot mainnet, Kusama aims to serve as a value-bearing testbed for technologies in the Polkadot ecosystem.

“Teams building decentralized applications in with a multi-chain future in mind are increasingly looking towards established stablecoins that operate across numerous networks to ensure a smooth experience for their users,” said Peter Mauric, Head of Public Affairs at Parity Technologies, who have served as Polkadot’s initial core development team. “The launch of USDt on Kusama and Polkadot is a crucial step in achieving that vision, where developers will be able to seamlessly compose trustless applications across chains, networks and communities.”