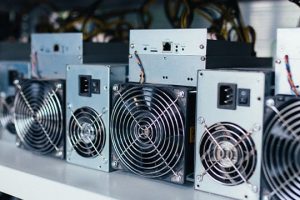 The purchase aligns with TAAL’s strategic goals to increase its transaction processing capacity to meet the demands of enterprise customers adopting blockchain technology. With this purchase, TAAL believes it should easily exceed its operational guidance report sent on April 30, 2021, where its stated goal was to win at least 30 BSV blocks per day.

In a statement, TAAL Executive Chairman and CEO Stefan Matthews said, “Bitcoin SV is processing more transactions than BTC on any given day, and with an environmental footprint that is under 1% of that consumed on the BTC chain. And, of all the transactions processed on the Bitcoin SV network in April of this year, over 60% were processed by TAAL. With an additional 3,000 pro-computers, we continue building the capacity to be able to meet demand at scale.”

The Canada-based company expects the hardware rigs will be fully delivered and deployed into production by Q1 2022. The total purchase price of the order comes in at approximately US$19 million.

The company’s sizable hardware order is part of an ongoing trend that’s been occurring throughout the year. Publicly listed blockchain businesses have been purchasing thousands of ASIC miners from companies like Bitmain and MicroBT.

This new bulk order is on top of the 1000 Bitmain S19j Pro blockchain miners scheduled for deployment in December 2021. The press release also contains an update that TAAL’s hash rate for the end of June is running ahead of its stated goal and is expected to be at least 450 PH/s.

The BSV enterprise blockchain transaction volume continues to rise with BSV processing 30% more transactions than BTC per daily average. Industry experts have noted how BSV leads all other public blockchains in energy efficiency, consuming less than 1% of the power required by BTC.