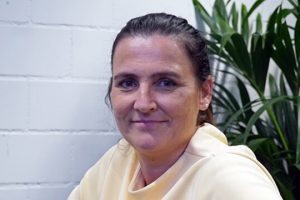 There is “no doubt that blockchain technology is here to stay,” says IBM’s Tatjana Meier.

Tatjana, Blockchain Practice Leader at IBM Services Switzerland, admits that it’s still early days for the technology. But she is confident it will prove beneficial for businesses and consumers alike and “can do a lot of good.”

She is particularly excited about the value blockchain brings to supply chain management. Traditionally, she explains, “you only have information one tier back, but you don’t have the visibility along the supply chain.”

This is not the case when companies use blockchains. Blockchains helps participants record price, quality, and other relevant information to help manage a supply chain. This improves the traceability and sustainability of products by making it easier for companies to detect unethical suppliers or counterfeit products.

During a panel discussion at CoinGeek Zurich, Tatjana argued that this will ease regulatory and consumer pressure. On this week’s episode of CoinGeek Conversations, she explained further, citing a new law on human rights in supply chains that has recently been adopted by the German Parliament.

The law will require large companies to regularly identify and address human rights and environmental concerns in their supply chains. Businesses will be expected to publish reports outlining what they are doing to tackle any risks and are liable to fines if they do not show that they have addressed abuses.

The immutability of blockchain will make it much easier for companies to do their due diligence, says Tatjana. Indeed, the transparency of the technology has even earned it the nickname of the ‘trust machine’ from the Economist.

This transparency will allow big companies to win points with increasingly ethically aware customers, as well as regulators. For example, a March 2021 survey by Deloitte found that 1 in 3 consumers stopped purchasing certain brands or products because they had ethical or sustainability related concerns.

A permanent, fixed ledger would go far in assuaging these concerns, and Tatjana believes it will have a huge impact on many industries, including retail and big pharma.

IBM currently works with Hyperledger, an open source blockchain started by the Linux Foundation in 2015. But Tatjana assures Charles Miller that “we are agnostic as well so we can…work with other blockchain solutions.”

So, what does she make of the Bitcoin SV network?

Tatjana praises public blockchains, like BSV, for their superior scalability and the advantage of having a network effect. But she still sees some circumstances where companies may want to use a private blockchain and predicts a hybrid solution will be the answer.

She says, “there’s still a lot of education needed, it’s still a fairly new technology, it’s still in the baby shoes and people need to do a better job of educating people as well.”

One place where education was on the forefront of the agenda was at the CoinGeek Conference in Zurich, which Tatjana found “super interesting and inspiring.” She is excited to take some thoughts back to her colleagues at IBM and joked that she enjoyed meeting some “crazy people with crazy ideas.”

When it comes to blockchain as an enterprise solution, Tatjana is confident that it will be around for many years to come. Companies just need to keep an open mind and broaden their horizons by attending educational events and conferences.

Hear the whole of Tatjana Meier’s interview in this week’s CoinGeek Conversations podcast or catch up with other recent episodes:

You can also watch the podcast video on YouTube.

Please subscribe to CoinGeek Conversations – this is part of the podcast’s fourth season. If you’re new to it, there are plenty of previous episodes to catch up with.

Here’s how to find them:

– Search for “CoinGeek Conversations” wherever you get your podcasts