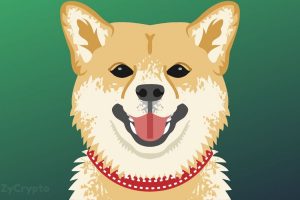 Elon Musk has reiterated his reasons for holding Dogecoin (DOGE) in more esteem than Bitcoin as a “transactional currency.” The billionaire CEO of SpaceX and Tesla stated that the transactions per day of Dogecoin held more potential than Bitcoin’s.

He made the statement in an interview with Time Magazine who just named him “Person of the Year for 2021.” The award, which is given to the most influential person in a given year, was given to him for the amount of influence he has pulled this year.

Musk, elaborating on why he prefers Dogecoin for transactions, elaborated that he considers Bitcoin to be better suited to be a store of value because the transaction volume of the network is low and the cost per transaction is high.

In contrast, Dogecoin is better suited for transacting as the transactions that the network handles are substantially more than Bitcoin’s.

He explains further that the meme coin’s inflationary token issue is a good thing as far as being a transactional currency is concerned. This is because the inflation of Dogecoin is a fixed figure and not a percentage, which means that over time, the percentage inflation of the meme coin will reduce.

“It [Dogecoin] is slightly inflationary,” Musk said. “And that is actually good because it encourages people to spend, rather than to board it as a store of value.”

Musk has expressed the same sentiment about Dogecoin on several other occasions including during the B-Word conference where he was on a panel with Twitter’s former CEO Jack Dorsey and Ark Invest’s Cathie Wood.

Elon Musk’s winning the Time Magazine Person of the Year award to many is a well-deserved achievement. This is because he has undoubtedly been a very influential figure this year. The year has seen him come to be the richest man in the world. His electric car company, Tesla, has grown to become the most valuable automaker in the world with a valuation of over $1 trillion.

Tesla continues to pioneer innovation in the EV industry and Artificial Intelligence (AI) with its continued push to develop fully self-driving cars. Musk’s other enterprise SpaceX is also a leader in the space exploration industry.

His influence has also reached beyond his companies to the cryptocurrency market and community where he has been an active participant. Musk’s announcement that Tesla had bought Bitcoin and the later announcement that the company would no longer accept Bitcoin as payment were both massive market-moving events. His influence on cryptocurrencies has also been shown on the price surge and dumping of Dogecoin and a host of other meme coins that are spawned based on his Twitter posts.

Time Magazine recognized this about the highly controversial Musk in their statement while presenting him the award.

“For creating solutions to an existential crisis, for embodying the possibilities and the perils of the age of tech titans, for driving society’s most daring and disruptive transformations, Elon Musk is TIME’s 2021 Person of the Year,” the magazine’s editor-in-chief, Edward Felsenthal, said.