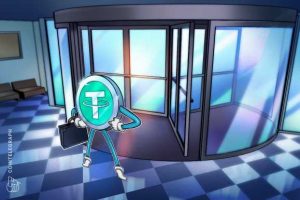 Tether CTO Paolo Ardoino made the announcement in an Oct. 3 tweet, adding also that Tether’s United States Treasury bills increased to 58.1% of its total portfolio, up 25.1% from its Jun. 30 figure of 43.5%.

Commercial papers are short-term debt instruments issued by companies, which are often used to finance various business operations, while treasury bills are claimed to be more stable than commercial papers as they offer “zero default risk” since investors are guaranteed to at least recoup the purchase price.

In June, Tether said it was aiming to decrease commercial paper backing of USDT to “zero,” and rolled into short-maturity U.S. Treasury bills — aimed at increasing the stability of its ecosystem and USDT stablecoin.

The stablecoin issuer has also been seeking to increase transparency into its dollar reserves and backing.

In July, it appointed European accounting firm BDO Italia as a new auditor to independently review its stablecoin reserves in a bid to improve transparency and more regularly disclose audit and attestation reports.

Last month, Tether was ordered by a United States District Court in New York to provide documents that prove the U.S. dollar 1-to-1 backing of the USDT stablecoin on Sept. 19.

As for when Tether’s transparency report will be updated, Ardoino said the deadline usually takes 45 days, but now expects its new auditor to improve this process and reduce that timeline.

USDT is currently the largest stablecoin, with a market capitalization of $67.95 billion, the third highest of all digital assets according to CoinGecko data.