Home » Crypto » The Crypto Mining Fight in China Is Not Over

The Crypto Mining Fight in China Is Not Over 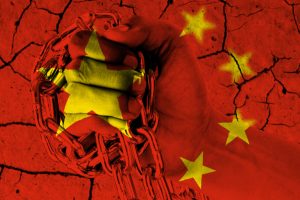 It looks like China is still not done clamping down on the crypto mining space. Another region known as the Hebei province has agreed to comply with Beijing’s ruling that all crypto mining should be omitted from China’s workforce. The province is now claiming that the practice is illegal and must end within its borders no later than September 30.

China Is Still Kicking Miners Out

China shocked the world not too long ago when it decided that all crypto mining should cease. The idea was that energy used for crypto mining purposes was hazardous to the planet, and that it was setting humans on the wrong path. Thus, regulators stated that it was time to bring things to an official end.

What was most surprising about the ruling is that the country, at the time, was home to nearly 75 percent of the world’s total crypto mining operations. Thus, it stood to lose a lot of money and tax revenue by initiating the clampdown. In addition, the country is home to two of the world’s biggest developers and distributors of bitcoin mining equipment in Bitmain and Canaan Creative.

Nevertheless, China has moved forward in its decision. Many mining operators were forced to shut down their businesses and move elsewhere, and quite a few have popped up in countries such as Kazakhstan and in states like Texas and Florida. Both these regions in America have stated they are open to crypto mining projects given that they can potentially lead to healthier local and state economies, and they will create jobs for interested workers.

Cryptocurrency mining consumes an enormous amount of energy, which is against China’s ‘carbon neutral’ goal.

The arguments against crypto mining have become rather prominent in recent months. One of the most notable stemmed from Elon Musk, the South African entrepreneur behind billion-dollar companies such as SpaceX and Tesla. He stated early in the year that he was willing to permit bitcoin payments for electric vehicles. A few weeks later, however, he rescinded this decision, claiming that miners were not utilizing their energy correctly, and he could not condone bitcoin unless carbon emissions were brought down.

Too Much Bad Energy in the Air!

Another argument came from Kevin O’Leary of “Shark Tank” fame. The billionaire investor claimed that he would no longer be purchasing any BTC mined in China given that the country was not known to utilize green energy for mining purposes. China later took this issue to heart, it seems.

Starting in October of this year, bitcoin and crypto mining in China will be completely illegal. Regulators in the nation have stated that they will keep a close eye on the mining space and will work to punish all those who disobey the rules.