The First Bitcoin ETF Receives Approval By The U.S. SEC 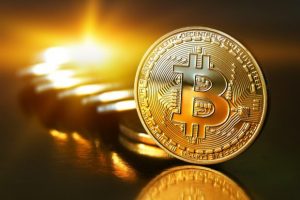 The first Bitcoin ETF in the United States has been approved by the U.S. Securities and Exchange Commission (SEC). This is a very important moment for the cryptocurrency market as there have been several ETF proposals over the last years that have always been rejected by the regulatory entity of the United States. This ETF approval has pushed Bitcoin’s price close to its all-time high.

The cryptocurrency market continues to expand thanks to the recent approval of the first Bitcoin ETF in the United States. This is a very positive thing for the cryptocurrency market as it has been one of the most awaited decisions for years. This comes after El Salvador decided to make Bitcoin legal tender in September this year.

The first Bitcoin ETF approved by the SEC was the proposal made by ProShares with its Futures ETF that is expected to begin trading as soon as next week. This ETF approval shows that there is a large interest from investors to get exposure to Bitcoin for institutions and regulated investors in the United States.

Basically, the Bitcoin ETF is expected to track the performance of Bitcoin Futures rather than the spot market. One of the reasons that pushed regulators to approve the ETF is related to the fact that the new Bitcoin ETF proposal tracks Bitcoin Futures rather than spot prices, which might be a better thing for investors as futures follow securities laws in the country.

It is also worth taking into consideration that there might be a premium paid by investors or a discount when compared to Bitcoin’s spot price. The ETF is also expected to have a management fee of 0.95%. This might be a good option for those investors that were trading with GrayScale’s GBTC product.

Due to the recent news regarding the Bitcoin ETF, Bitcoin’s price hit a high of $62,900 right after the approval of the Bitcoin ETF. The positive thing is that the price of the largest virtual currency is getting closer to its all-time high close to $63,750.

With the recent news, Bitcoin could start moving higher and reaching new all-time highs in 2021. We have already seen that Bitcoin is being traded very close to previous highs not registered since April this year, showing that there is a large interest in Bitcoin. It is just a matter of time before Bitcoin crosses its previous highs.