There Are Now More Ethereum Addresses Than BTC Addresses 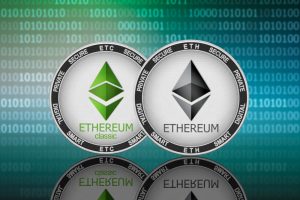 For the first time in the history of the crypto space, Ethereum addresses have taken over bitcoin addresses, suggesting that the altcoin is becoming far more popular and prominent than its daddy.

Ethereum is the number two cryptocurrency in the world. It is bitcoin’s primary competitor and for the past six years, has often been less featured than BTC when it comes to price, size, and scope, but now – according to data from Bitinfocharts – ETH-based wallet addresses are moving ahead of bitcoin’s, with approximately 757,859 Ethereum addresses currently in play. This is close to 50,000 more than presently active bitcoin addresses.

Overall, the amount of active BTC wallet addresses has dropped close to 40 percent. There are currently just over one million fewer active addresses than there were in April, which is when bitcoin hit its latest all-time high of approximately $64,000 per unit.

According to Justin d’Anethan – head of sales at the crypto trading firm Equonex – there are several reasons as to why bitcoin’s numbers have taken a serious dive in recent months. Among them are China’s present ban on crypto mining operations, the overall price decline of bitcoin, and the subsequent selloffs that occurred in May after bitcoin first began to slip.

This, coupled with the rise of Ethereum and its utility, would have contributed to Ethereum overtaking bitcoin in terms of the number of active addresses.

But putting all this aside, the fact remains that Ethereum has risen in popularity over the past few months. The currency also struck a new all-time high right around the same time as bitcoin, with one unit of ether selling for about $4,000 at one point. While the asset has declined somewhat since then, the currency remains the go-to network for many developers looking to establish new cryptocurrencies and decentralized applications (dapps).

Ethereum boasts smart contract capabilities, something that is not often seen in the bitcoin space. As a result, it has become a far more technical coin that many developers can utilize for new projects.

The decentralized finance market that Ethereum has seemingly given rise to has also exploded in recent years, and adoption of decentralized finance continues to grow. One of the most popular aspects of the decentralized markets as of late is non-fungible tokens or NFTs, which can be traded, sold, and purchased by owners looking to collect items specific to certain projects and industries.

The Rise of a Secondary Coin

Ethereum addresses empower people to be an economic agent in a digital world.