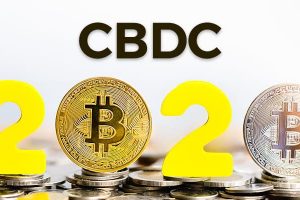 Three of the biggest tech companies in South Korea are reportedly willing to participate in the upcoming Bank of Korea’s central bank digital currency (CBDC) pilots. Naver, Kakao, and LG are set to submit their respective bid to be part of the digital won-prototype program set to be handled by the Bank of Korea (BOK), according to Money Today.

The report states that Kakao Pay – Kakao’s e-payments arm – and its blockchain subsidiary Ground X could jointly submit applications to participate in the pilots. On the other hand, Naver, founder of chat app Line and the country’s biggest search engine, has expressed its willingness to join BOK’s call to test South Korea’s CBDC. The bid from Naver could be possible through its financial branch, Naver Financial, said the media outlet.

In the case of LG, it won’t be a sole application for the forthcoming digital won pilots. In fact, Money Today reported that the tech giant could submit a joint application through its IT branch, LG CNS, with Shinhan Bank, a major South Korean banking institution.

The Bank of Korea looks forward to starting pilots in August 2021, whose project period will last around 10 months. Per the latest reports, the budget of the pilots is less than 4.96 billion won.

CBDC Pilot to Have Two Stages

“The pilot is carried out by dividing it into two stages. The first stage is to verify the technical feasibility of creating a distributed ledger-based CBDC simulation environment and basic functions. Distributed ledger refers to a technology in which participants record and manage jointly by distributing the ledger recording transaction information to a shared (P2P) network rather than a central server of a specific institution,” South Korea’s central bank commented about the first stage.

An official from the country’s central bank said that companies interested in the bidding should complete a “CBDC Simulation Research Proposal Request Form’ and submit it through the Bank of Korea’s website and Public Procurement Service.