Home » Crypto » To Ban Or Not To Ban: 51 Countries Remain 'Crypto-Ignorant' 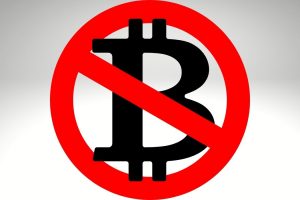 We’ve recently witnessed the “up-is-down, down-is up” ideology from various countries/nations. But why? Why would some of these 50 nations prohibit citizens from investing and living more comfortably with their investments? As an example, some countries are leaving their people no options to invest, painting the crypto-verse as a negative than a powerful source for pre-paid phone calls, utilities, and more.

China has come down hard on Bitcoin miners and cryptocurrency in general. Even the Chinese Deputy Director of Financial Consumer Rights Protection of the PBoC (People’s Bank of China), made a small fire by declaring cryptocurrency nothing but potential assets. Dish has it China is making a power move (mainly PBoC) to later present the nation’s own digital currency. A hypocritical move, to say the least, should their leaders persistently shun the market and inabilities to participate.

In Egypt, Iran, and Iraq, a conundrum exists whereby young and old investors, have already been participating in the crypto-verse. Most of these nations’ authorities have tried their best to stymie operations. However, in Iran, around 5% of Bitcoin mining takes place. So, while they don’t mind the mining aspect, they have issues with holders. Huh

Surprisingly, in a land where developers and digital moguls are flourishing, India is starting to crack down on crypto as well. A new bill sent to the Indian Parliament requests a Bank-supported cryptocurrency in addition to banning certain cryptos. The basic blueprint for financial control.

Nine of the fifty-one nation-states have outrightly banned crypto. While the others are grappling with what to do regarding regulations, taxes, the bullish nature—while fattening their very own governments’ pockets.

It’s apparent these 50 countries would rather battle for the utmost control of their nations’/citizens’ financial decisions; and protect their own currency rather than see the clear potential for societies to grow, improve wages and embrace the new sectors of the ever-changing digital landscape.

Other countries are enthusiastic. Most encourage mining, city planning devoted to “smart” technology, and the ease of crypto payments for services. Ultimately, everyone is seeking to better their financial situation. But, a lot of funds have gone to support various wars, promote politicians, some taken from arts and education services, and given to military complexes. So, to crack down on something politicians and banks despise in order to maintain some control of age-old financial institutions, is merely a power play, fueled by jealousy and greed.

Blockchain itself can prove vital in the vast pool of social and public services. Infrastructure and beyond, all transparent and accounted for. Healthcare industries, local authorities, e.t.c should hopefully adopt Blockchain’s services in our near future. If over fifty countries have issues with cryptocurrencies, the best the rest of us can do is show them the benefits and what they’re truly denying their citizens.