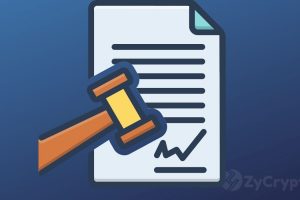 Top Hollywood reality TV star Kim Kardashian, together with American celebrity boxer, Floyd Mayweather Jr and Paul Pierce, the former NBA basketball player, have been dragged to court by a disgruntled Ethereum Max (EMMAX) investor. The plaintiff filed charges against all three celebrities for what has been described as a ruthless pump and dump, leading to huge investor losses for EMMAX.

Huegerich argued in a California court that the duo of Steve Gentle and Giovanni Perrone, Ethereum Max’s founders, had colluded with these top celebrities to briefly resuscitate their dying token to recoup their initial investments. Now granted the audience by the district court, Huegerich may set on finding a good number of aggrieved EMMAX investors to start a class action.

Floyd Mayweather had first brought the project, which was launched during the 2020 COVID-19 lockdown period, into mainstream consciousness after donning an Ethereum Max t-shirt to the 2021 Miami Bitcoin Conference, against the rules of the organizers. Kim followed suit with an ad post on her Twitter and Instagram accounts. Pierce claimed he made more money from Ethereum Max in a month than he did working for ESPN in a May 26 tweet that attracted a significant number of warnings.

Just how bad was Ethereum Max.

For a white paper that starts with a disclaimer telling users that “Ethereum Max does not guarantee the accuracy of this white paper”, EMMAX bled out all the signs of a worthless token suffocated by hype. Throughout the periods between May and June in which it has engaged celebrities for a marketing campaign, there was no ready white paper, no clarity on its founders and zero understanding of the 2% rewards it claimed to issue loyal customers for every transaction made.

It is uncertain if the founders had started off with genuine intentions, but one thing is certain, they wanted all the hype-filled growth of Dogecoin with the seriousness of Ethereum. With no apparent purpose and no valuable, unique problem-solving feature, they failed on both fronts. More so is the irony, as some have pointed out, of an utterly confusing vision statement cramping together all the buzzwords in crypto space whilst claiming a commitment to “removing barriers and confusion for the everyday user.”

Sitting pretty at the 4,791st position, like a fountain rapidly running out of water supply, the price chart of Ethereum max continues to slide down to the abyss of worthlessness. EMMAX is worth about $0.00000002052, as at press time, with a self-professed market cap of $31 million.