Twitter to allow users to add BTC and ETH addresses to profiles: Screenshots 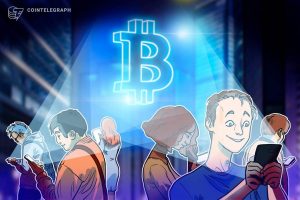 Twitter appears to be developing functionality that enables users to add Bitcoin and Ethereum addresses to their profiles.

The latest update is believed to be a part of Twitter’s Tip Jar feature — which was introduced in May this year — and adds to reports which surfaced earlier this week that the firm would enable Bitcoin (BTC) tipping for content creators.

While the news is unofficial at this stage, Twitter’s product lead Kayvon Beykpour retweeted Paluzzi’s Sept. 1 post about the BTC tipping feature with the lighting and “soon” arrow emoji.

Twitter CEO Jack Dorsey hinted in July that BTC tipping was a part of its broader plans to integrate that asset into the platform via avenues such as commerce and subscriptions.

An Aug. 31 report from MacRumours claimed that the BTC tipping feature will utilize Lightning Network payment platform Strike. However Paluzzi has suggested that “it is not necessary to link a Strike account” to add BTC addresses to user profiles.

Dorsey’s Square Inc has outlined multiple BTC initiatives in 2021, including an assisted custody wallet and BTC-based DeFi services. The idea of digital gold being used to tip content creators on Twitter is unsurprising given that Dorsey is a BTC maximalist, however the inclusion of ETH appears to be uncharted territory for the tech leader who has notably refused to have anything to do with the second most popular cryptocurrency in the past.