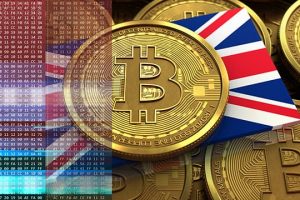 The Financial Conduct Authority (FCA) announced that it has extended the Temporary Registration Regime (TRR) for existing U.K. digital currency businesses until March 2022. “The extended date allows cryptoasset firms to continue to carry on business while the FCA continues with its robust assessment,” it stated in its announcement.

The TRR was established late last year to allow digital currency businesses that applied for registration before December 16 to continue trading. This TRR was to come to an end on July 9, 2021.

As CoinGeek reported recently, regulators in the U.K. are concerned about digital currency companies falling short of their AML obligations. John Glen, the economic secretary to the Treasury, revealed recently that only five digital currency firms had registered with the FCA since January 2020.

According to Glenn, majority of the firms that had initially applied for registration had withdrawn. “Of the firms assessed to date, over 90% have withdrawn their application following FCA intervention. There are 167 crypto asset businesses with outstanding applications.”

In its latest announcement, the FCA hammered down on this point, claiming that most businesses had failed in their AML obligations.

AML and counter-terrorist financing legislation are aimed at protecting firms from processing funds from criminal activity, the FCA noted. As such, this is one field where it’s not willing to compromise.

“While this is not the only element that the FCA will assess in relation to an applicant, the FCA will only register firms where it is confident that processes are in place to identify and prevent this activity.”