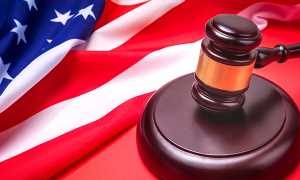 U.S. government officials have filed a complaint in a California court in pursuit of $10 million worth of USDT they said was stolen from a Coinbase client earlier this year. The victim was swindled by an individual who posed as a Coinbase representative and took control of his account at the exchange, emptying over 200 BTC, authorities said.

The officials are led by U.S. Attorney Tracy Wilkinson and they filed the civil complaint at the Central District of California court. In it, they claim to have identified four digital wallets holding more than 9.8 million USDT that they believe to be from wire fraud.

Back in April this year, a Coinbase customer was contacted by someone who identified himself as a Coinbase representative shortly after purchasing some 200 BTC on the exchange. The scammer allegedly told the victim that his account on Coinbase Pro had been frozen due to the size of the purchase and that in order to proceed, a transaction limit increase was necessary.

The victim, unaware that he was being scammed, granted the fraudster access to his computer via a remote desktop connection tool. It was then authorities said that the suspect transferred 206 BTC from the victim’s Coinbase wallet to a new wallet, which the suspect said was a new Coinbase Prime wallet. The value of the BTC transferred from the victim’s wallet at the time was valued at around $11.5 million.

Daniel Davis, a partner at Katten Muchin Rosenman LLP believes that the forfeiture, if approved, is one in a growing trend by the federal government as it continues to regulate the industry.

He remarked, “One can expect that as interest and trading in digital assets grows, civil forfeiture actions like this one will grow if the government identifies assets it believes were part of illegal activity.”