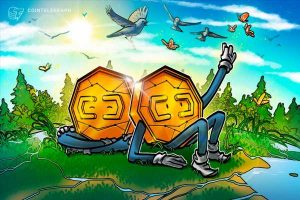 Three United States lawmakers have introduced legislation that would direct the Environmental Protection Agency, or EPA, to report on the energy usage and environmental impact of crypto miners.

In a Dec. 8 announcement, California Representative Jared Huffman and Massachusetts Senate Ed Markey said they were “sounding the alarm” the energy use from crypto mining in the United States, claiming that Bitcoin (BTC) miners accounted for roughly 1.4% of the country’s electricity consumption. Together with Senator Jeff Merkley, the lawmakers introduced the Crypto-Asset Environmental Transparency Act, aimed at instructing the EPA to report on mining activity consuming more than 5 megawatts.

“Granting this industry impunity to inflict such environmental harm runs counter to numerous federal policies, and we need to understand the full harm this industry presents,” said Huffman. “My bill with Senator Markey will require cryptomining facilities to report their carbon dioxide emissions, as well as a detailed interagency study on crypto’s environmental impacts — finally pulling the curtain back on this industry.”

Markey and Huffman cited concerns over climate change as part of their reasons to expeditiously act in regulating the crypto industry. A draft of the bill included claims of “noise and water pollution” caused by miners.

Scott Faber, the Environmental Working Group’s senior vice president for government affairs, voiced support for the legislation, calling proof-of-work cryptocurrencies “wasteful by design” and claiming BTC and other tokens would incentivize miners to use more electricity:

“The recently completed ethereum merge and past code changes show that transformation by the bitcoin community is possible — the way we’ve all adapted to new ways of powering our homes and cars and how we grow our food […] Every industry, including the financial sector, can reduce its electricity use and greenhouse gas emissions. Adding more electricity demand – as proof of work mining will ultimately require – sends us in the wrong direction.”

Despite the Ethereum blockchain transitioning from proof-of-work to the less energy intensive proof-of-stake in 2022, many U.S. lawmakers have continued to target cryptocurrencies for electricity consumption. In October, Massachusetts Senator Elizabeth Warren joined six other members of Congress in requesting information from the head of the Electric Reliability Council of Texas on the energy usage and potential environmental impact of crypto miners.