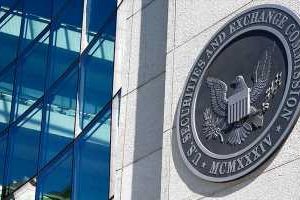 The US Securities and Exchange Commission (SEC) has named on Monday Renee Jones and John Coates as Director of the Division of Corporation Finance and SEC’s General Counsel, respectively. According to the press release, both appointments will be effective starting June 21, 2021.

Coates has been serving as the Division’s Acting Director since February 2021. Prior to his career at the US SEC, the new General Counsel was the John F. Cogan Professor of Law and Economics at Harvard University, where he also was Vice Dean for Finance and Strategic Initiatives. Coates earned a Bachelor of Arts from the University of Virginia and a law degree from New York University Law School. Among his professional background includes having been a partner at Wachtell, Lipton, Rosen & Katz.

“In only two months, I’ve come to rely upon John’s deep expertise and judgment, traits that are essential in the role of General Counsel. I thank Michael Conley for his service as Acting General Counsel, and I look forward to continuing to work with Michael and John on critical matters before the Commission,” Gary Gensler, SEC Chairman, said on Coates’ appointment.

Jones Experience in the Regulation Sphere

On the other hand, Jones comes from a recent academic experience, previously worked as Professor of Law and Associate Dean for Academic Affairs at Boston College Law School. She was in charge of teaching several courses related to regulation in the financial sphere.

She also earned an undergraduate degree from Princeton University and a JD from Harvard University. “Renee brings deep expertise in corporate governance and securities law to the Division of Corporation Finance. Her leadership will be invaluable as the Division facilitates disclosure under our current rules and undertakes rule modernization to meet the challenges of today. I am pleased to welcome Renee to the SEC and look forward to working with her,” Gensler commented.

On June 3, Finance Magnates reported that the US financial regulator tapped David Saltiel as its new acting Director of the Division of Trading and Markets. He replaced Christian R. Sabella.