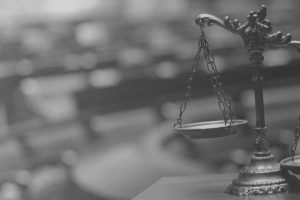 The US Securities and Exchange Commission (SEC) has announced it has filed charges against five individuals allegedly involved with a $2 billion global crypto lending securities offering. The class action filed before the United States District Court for the Southern District of New York says that BitConnect used a network of promoters, including Trevon Brown (a.k.a. Trevon James), Craig Grant, Ryan Maasen, and Michael Noble (a.k.a. Michael Crypto) “to market and sell securities in its ‘lending program.’”

According to the press release published by the US watchdog, the SEC alleges these promoters offered and sold these offerings without any authorization, as it hasn’t been previously registered on the Commission. Also, promoters relied on creating bogus testimonial-style videos and publishing them through YouTube.

“We allege that these defendants unlawfully sold unregistered digital asset securities by actively promoting the BitConnect lending program to retail investors. We will seek to hold accountable those who illegally profit by capitalizing on the public’s interest in digital assets,” Lara Shalov Mehraban, Associate Regional Director of SEC’s New York Regional Office, said.

The individuals allegedly received commissions based on the number of customers they attracted to BitConnect, which raised over $2 billion from retail investors. The SEC also accused them to violate federal securities laws, and the complaint seeks disgorgement plus interest and civil penalties.

This week, Gary Gensler, the US SEC Chairman, said his office wants to provide crypto investors similar protection when dealing with the New York Stock Exchange, opening the doors for Congress to participate in the cryptocurrency regulation. Gensler believes there are still many gaps to fill in that regulators should provide enough investors’ protection before such an environment.