Home » Crypto » USDC to consolidate reserves into cash and US treasuries

USDC to consolidate reserves into cash and US treasuries 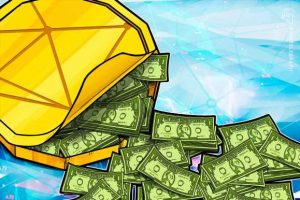 Coinbase president and COO, Emilie Choi, has announced that the reserves backing the stablecoin USD Coin (USDC) will be consolidated into cash and U.S. government treasuries.

On Twitter, Choi attributed the change in policy to backlash against USDC’s reserves expanding beyond cash, cash equivalents, and U.S. treasuries in May. The changes to USDC’s reserves had not reported until July, exacerbating public concern regarding the stable coin’s backing.

Choi emphasized that the new policy will be in effect by September, noting that USDC’s next two attestation reports continue to show a diversified portfolio for the stable token’s reserves.

“These changes are being implemented expeditiously and will be reflected in future attestations by Grant Thornton,” the blog post added.

Last month’s USDC attestation report for May revealed that the currency was backed 61% by “cash and cash equivalents,” and 12% by U.S. treasuries.

Certificates of Deposit denominated in U.S. dollars represented 13% of the token’s backing, while commercial paper comprised 9%, and corporate bonds accounted for 5%. Municipal bonds also represented 0.2% of the stablecoin’s backing.

Related: Tether claims to have increased total assets by $21B in new accounting review

Since its launch in September 2018, USD Coin has grown to boast a nearly $28 billion market cap and expanded across five different blockchains.

In June, Centre announced plans for USDC to launch across 10 blockchain networks.