Home » Using BTC As A Marketing Scheme – Does It Work?

Using BTC As A Marketing Scheme – Does It Work? 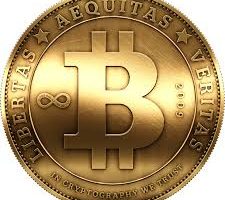 While the cryptocurrency industry has stabilized following the massive Bitcoin collapse in 2018, more and more businesses are beginning to embrace large cryptocurrencies like Bitcoin, Ethereum, Zcash, and even Dash as a form of payment for a variety of services. The explanation for this is because some organizations believe in the digital age and that it will usher in a new era in global currencies. Businesses are pushing for the provision of such a service, but so is a growing knowledge of cryptocurrency and its true worth. Many who have believed in crypto from the beginning have reaped the greatest rewards because they anticipated the digital shifts that have occurred since other industries have transitioned to the new age.

Let’s take a look at a few big companies that have used these approaches to not only provide a modern way to pay but also to draw more consumers to their firms.

KFC – KFC launched an intriguing social media crypto ad scheme in 2018 called the Bitcoin Bowl, which referred to their meal bucket contract that was paying in Bitcoin. The KFC chain in Canada did this, and to no one’s surprise, it was a huge success. The aim of the campaign was for customers to see this method of payment as something new that would add value to their shopping experience. They may think it’s awesome to pay for their Kentucky Fried Chicken with cryptocurrency, for example. In their eyes, this brings importance to the KFC name, increasing the likelihood of them returning to the restaurant.

CheapAir – CheapAir, a travel agency headquartered in the United States, has adopted cryptocurrency specifically, Bitcoin as a form of payment through their new BTCPay Server scheme. This makes for a safe and stable Bitcoin transaction. As previously said, it is the distinct feature of encouraging consumers to pay using this alternative method that adds a minor value that is viewed as a significant value by customers who use cryptocurrencies on a daily or regular basis.

Subway – Even Subway, a massive fast-food chain of many locations, has embraced Bitcoin and Litecoin in various locations around the world. This has taken in a large number of potential buyers just by introducing what we as advertisers would deem a minor piece of value. There was also a video on YouTube from a customer who paid for his sandwich with Bitcoin in late 2017. This video received over 10 million views on YouTube in just two months. That drew a lot of positive attention to the company. This considers the same aspect of perceived consumer value as in the KFC case, as well as most companies in general, regardless of what they offer. This, in my opinion, is a fantastic way to develop potential marketing plans that revolve around the use of crypto payment as a form of advertisement.

This is a very small list of big companies or enterprises that try to implement bitcoin payment that leads to the increased popularity of the company at the same time. Other than the food and travel agencies, a lot of fintech companies, car industries such as Tesla or the entertainment industry use bitcoin in different ways. For example, in gambling, casinos usually offer their clients 22bet free spins promotion that allures the clients and attracts them to start playing due to the opportunity to actually earn the valuable digital coin. In the more traditional way, meaning using it as a payment, most successful for now appeared to be Tesla that has already bought the amount of bitcoin and started accepting it as a payment method.

There are two separate ways that physical stores use to enable customers to pay for their purchases with cryptocurrencies.

It’s important to note that many companies rely solely on Bitcoin, which is ineffective marketing. It may not be the most secure or favored cryptocurrency simply because it is the most common and valuable cryptocurrency. Customers might opt to use other cryptocurrencies that are also valuable. True, there are a lot of cryptocurrencies out there right now, some of them don’t even have a strong valuation. As a result, executing anything will be impractical. However, we must maximize the efficiency of the crypto POS system by providing customers with a wide range of cryptocurrencies to choose from.

Looking at this approach from a certain angle may also boost revenue by including additional payment options. As the popularity of cryptocurrency grows, this will become the standard. Businesses who take advantage of this early on can be able to attract some new existing buyers who will help drive still more traffic.

ATM – The second option can seem to be a little more complex, but it has its own utility factor because it helps you to exchange crypto for real money. Since 2018, cryptocurrency ATMs have been more popular. However, most of them suffer from the same restriction as to the first process, namely, a limited number of cryptocurrencies, perhaps less than the crypto POS framework. The majority of the crypto ATMs I’ve seen in Europe are solely dependent on Bitcoin because, once again, it’s the most valuable cryptocurrency. However, it is highly anticipated that as time goes by, the range will expand, and more ATM systems will be installed around the world, including in the majority of major hypermarkets.

Finally, to sum up, it is obvious that technological development gives us many advantages and sources to use as a source of profit. One of the most prominent industries, in this case, appeared to be the crypto market and there are a lot of different attitudes towards it. It is highly discussed in general and the companies that mention bitcoin or any other cryptocurrencies attract the attention of the general public, this is why it is believed to be the source of conducting efficient marketing. However, there also is the risk factor as people are not sure about the use of bitcoin as there is no shared idea about it and the governments might decide to impose restrictions or regulations on it as it happened in many countries already, this is why this strategy needs good planning and foreseeing the possible flaws.