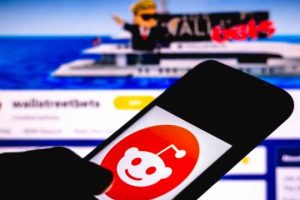 The famous Wallstreetbets (WSB) Reddit forum has made headlines again in the cryptocurrency community, but this time around, it’s not because of ban-related topics or endorsements on a digital asset. Some WSB members reportedly fell into a crypto scam which has left people with millions of dollars in losses.

According to BNN Bloomberg, a bogus Telegram account named “WallStreetBets – Crypto Pumps” has been offering a fake token called “WSB Finance” that was designed by the WSB team, which is not true.

In fact, fraudsters claimed that users could have the chance to acquire the coin before it gets listed on exchanges. To make the acquisition possible, victims sent binance coin (BNB) or ethereum (ETH) to a wallet.

Afterward, they should contact right away to a “token bot” to get their WSB Finance virtual currencies. However, things started to get shady when people received messages notifying them about a “problem with the bot.”

In order to sort it, victims should arrange another payment with an equal amount, or they were at risk of losing their investment. That said, people took over Telegram groups to complain and warn other WSB members to stay away from such fraudulent schemes.

Over 3,400 BNB Were Recovered From the Scammers Wallet

As of press time, while binance coin (BNB) is exchanging hands at $636.86 per markets.Bitcoin.com data, over 3,450 BNB coins have been recovered from the wallet used by the scammers, according to BNN Bloomberg, citing data from Bscscan.

Also, the fraudulent’s Telegram group has been taken down, allegedly leaving individuals with approximately $2 million in losses, according to the latest reports.

Wallstreetbets admins had already warned the community about impersonators using their name to run scams or for spam purposes to promote bogus products and websites.

In April, WSB moderators reinstated the ban on crypto discussions related to bitcoin (BTC), ethereum, and dogecoin (DOGE), citing a Bloomberg article talking about them, which they considered as a “dumb” one.