Home » Why cryptocurrency is booming in India despite national ban fears

Why cryptocurrency is booming in India despite national ban fears 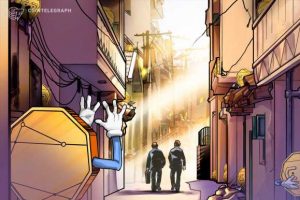 India has been the subject of intense speculation regarding the future legal status of Bitcoin (BTC) and other cryptocurrencies in recent months.

Speculation went into overdrive in February when an anonymous Indian minister told Bloomberg that a nationwide blanket ban on cryptocurrency was imminent and that holders would be given a matter of months to dispense with their coins and tokens.

Fears were then allayed — somewhat — when finance minister Nirmala Sitharaman told CNBC that reports of a blanket ban on cryptocurrencies had been overstated, adding that any pending regulation would take a much more “calibrated” approach.

Perhaps it was this promise of calibration that caused a massive spike in sign-ups to one of India’s largest cryptocurrency exchanges, WazirX, during the first week of April. Head of communications at WazirX Priyanka Sharma told Cointelegraph that WazirX had witnessed more sign-ups during the first six days of April 2021 than in the entire first six months of the previous year.

Another Indian crypto exchange, CoinDCX, saw its sign-ups double in the first quarter of 2021 compared to the final months of 2020, the firm’s senior PR manager, Aheli Raychaudhuri, told Cointelegraph.

Pessimism stemming from genuine fears of a country-wide crypto ban appear to have been counterbalanced by optimism sparked by developments in other parts of the world.

The high-profile adoption of Bitcoin and other cryptocurrencies by major firms such as PayPal, Tesla and MicroStrategy have not gone unnoticed in India, according to Sharma, who also pointed out the role that the COVID-19 lockdown has played in the spike in crypto interest:

“The growth spurt is a culmination of the last 12 months of positive movement in Indian crypto, starting with the removal of the banking ban by the Supreme Court of India, to the pandemic lockdown leading to more people learning about crypto. This followed by positive global news about Tesla, MicroStrategy, Square, PayPal, Visa entering crypto.”

Data from publicly available plugins reveal visits to WazirX’s website have increased 630% in the past six months, climbing from around 500,000 to over 4 million monthly visitors. Sharma said the most rapid influx of new sign-ups came from users aged 20–30, adding that people were confident regulators would take a lenient approach when cryptocurrency laws are eventually passed.

The trend was similar over on CoinDCX, which has seen its visitor numbers more than treble since November 2020. According to Raychaudhuri, the majority of new sign-ups also fell under the 18–34 age range.

With no smoking gun having yet been presented by authorities, Sharma believes the fear, uncertainty and doubt, or FUD, created by ministerial leaks in February has been all but eradicated:

“Finally, the crypto bill has yet not been presented. So, any FUD that was created in February and March 2021 has been squashed as a result. It also helps that our finance minister made a statement about India not banning crypto and taking a calibrated approach towards this sector.”

Indian cryptocurrency exchanges aren’t the only ones thinking this way. Leading American crypto exchange Coinbase recently began a recruitment drive in India with a view to basing some of its IT and engineering services in the country.

Raychaudhuri said demand for cryptocurrency has been growing in India all year, especially following the Indian Supreme Court’s decision to overturn the crypto ban that the Reserve Bank of India had placed on banking institutions.

“Currently, there are over 750,000 investors in India and more than 340+ crypto startups that have come into existence since March 2020. Additionally, the trading volumes have grown over 500%, post-March 2020,” said Raychaudhuri.

WazirX CEO Nischal Shetty recently joined other industry leaders in drafting a speculative regulatory framework, which they hope will be taken into consideration by lawmakers.