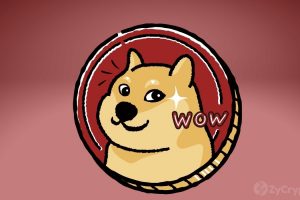 Throughout his life, Roger Ver has been widely known for championing only two cryptocurrencies: Bitcoin and Bitcoin Cash. His ardent support for crypto in the early days even earned him the moniker “Bitcoin Jesus”.

Now, he’s evangelizing for canine-themed cryptocurrency Dogecoin (DOGE), saying it has the potential to become the world’s dominant currency.

Speaking during a recent interview with Bloomberg, Roger Ver said he preferred Dogecoin over bitcoin due to the meme coin’s low fees and faster transaction times. He also noted that DOGE could potentially become the world’s dominant crypto.

“Dogecoin is significantly better, it’s cheaper and more reliable [than Bitcoin]. If I had to pick three contenders for the world’s dominant cryptocurrency, they would be Doge, Litecoin, and Bitcoin Cash.”

Ver started investing in crypto in 2011 when it was trading below $5. He acquired the Bitcoin.com domain three years later and used it to sensitize people about bitcoin.

He later began digging into the flaws of BTC and suggested that its dormant block size would hamper adoption and lead to the demise of the OG cryptocurrency. This block size dispute resulted in a rift in the cryptosphere, which saw the network fork into Bitcoin (BTC) and the Bitcoin Cash (BCH) camp. Ver then ditched bitcoin to become a full-time Bitcoin Cash supporter.

He claims that BCH is the true vision of pseudonymous bitcoin creator Satoshi Nakamoto. Nevertheless, he’s not a Bitcoin Cash maximalist and holds other altcoins, including Dogecoin and XRP.

Ver had not tweeted for an entire year until recently. In his latest tweet after the hiatus, the Bitcoin.com founder proclaimed that bitcoin will lose its key revolutionary property if regular people collectively start using custodial wallets.

Besides hinting that he shared Elon Musk’s appreciation of the meme king, Ver also praised the honorary Dogecoin CEO for his recent mega-pact to buy Twitter. As ZyCrypto previously reported, Musk acquired the company for $44 billion with shares valued at $54.20. The Tesla and SpaceX CEO has pledged to prioritize free speech on the high-profile social media giant.

Ver believes Musk buying Twitter is as good as it gets: “It’ll certainly make Twitter more attractive. I am really, really grateful that Musk is out there calling out censorship,” he told Bloomberg.

Twitter’s soon-to-be owner has made his fondness for Dogecoin payments no secret. And by the looks of it, Ver would be in support of Musk allowing users to tip creators on Twitter with DOGE.