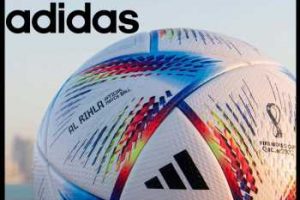 Shares of Adidas AG were losing around 6 percent in the morning trading in Germany after the sportswear maker reported Friday weak profit in its first quarter with relatively flat sales hurt by challenges on both supply and demand.

Further, the company confirmed fiscal 2022 outlook for revenue and net income at the lower end due to the impact from covid-19-related lockdowns in Greater China. The company also trimmed its margin forecast for the year.

adidas CEO Kasper Rorsted said, “Backed by an exceptionally strong wholesale order book and relentless focus on driving growth in our own DTC channels, we expect this positive development to continue for the rest of the year. … With strong double-digit growth in the vast majority of our markets, representing more than 80 percent of our business, we are well positioned for success in 2022.”

For fiscal 2022, the company said it continues to expect currency-neutral revenues to increase by a rate of between 11 percent and 13 percent. The growth is now anticipated to come in at the lower end of this range due to the severe impact from covid-19-related lockdowns in China.

Net income from continuing operations is also forecasted to reach the lower end of the previously communicated range of between 1.8 billion euros and 1.9 billion euros.

The company’s gross margin is now expected to be around the prior year’s level of 50.7 percent in 2022, lower than previously expected range between 51.5 percent and 52.0 percent.

The company also expects its operating margin to come in at around the prior year’s level of 9.4 percent, compared to previously expected range between 10.5 percent and 11.0 percent.

adidas said it expects to already return to growth in the second quarter despite a continued sales decline in Greater China and supply chain constraints.

In the East, the company expects to return to growth in Asia-Pacific in the second quarter, while the challenging market environment in Greater China will continue.

In the second half of the year, net sales are expected to grow more than 20 percent.

Operating profit fell 38 percent from last year to 437 million euros. Operating margin was 8.2 percent, down from 13.4 percent a year ago.

In the first quarter, consumer demand for brand and products was strong in all Western markets. Combined sales in North America, EMEA and Latin America grew at a doubledigit rate.