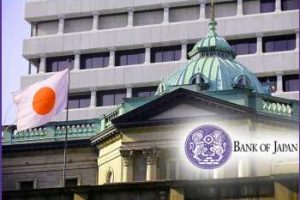 The Bank of Japan kept its monetary policy stimulus unchanged on Wednesday, ahead of next week’s presidential election of the ruling Liberal Democratic Party to select a successor to the outgoing Prime Minister Yoshihide Suga.

The board, governed by Haruhiko Kuroda, on Wednesday, voted 8-1, to hold the interest rate at -0.1 percent on current accounts that financial institutions maintain at the central bank.

The bank will continue to purchase a necessary amount of Japanese government bonds without setting an upper limit so that 10-year JGB yields will remain at around zero percent.

The board unanimously voted on the details of the scheme intended to support efforts on climate change.

According to the outline of Climate Response Financing Operations, the bank will start accepting applications for the operation from Wednesday and its first loan disbursement is set to take place late December.

While higher long-term yields could ease the downward pressure on bank lending rates and improve the health of banks, the Bank is expected to keep its policy rate unchanged at -0.1 percent and its 10-year yield target at 0.0 percent for the foreseeable future, Capital Economics, said.

The BoJ said the economy is likely to recover, with the impact of COVID-19 waning gradually, mainly due to progress with vaccinations and supported by an increase in foreign demand and other fiscal measures.

However, the bank sees high uncertainties to the outlook due to the impact of the pandemic on domestic and overseas economies. The bank observed that exports and industrial production continued to increase despite some exports and production affected by supply-side constraints.