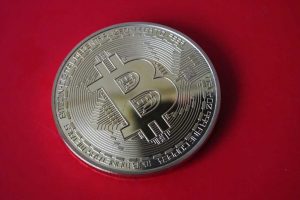 Facebook’s crypto boss wants ‘benefit of the doubt’ from regulators

The price of Bitcoin plummeted Monday as a dizzying rally in the world’s biggest cryptocurrency hit a speed bump.

Bitcoin tumbled about 17 percent to $28,154.11 in early-morning trading just a day after it surged to a new all-time high of $34,544.94 on Sunday, according to data from cryptocurrency news site CoinDesk.

The popular digital coin pared the losses into the morning and was recently off 7.9 percent at $31,284.72, giving it a market value of roughly $582 billion.

Monday’s tumble — Bitcoin’s largest intraday loss since March, according to Bloomberg News — showed that it’s still volatile even though institutional investors have recently joined small-time traders in buying it up.

“For the most part, this looks like a purely technical move, signaled and caused by short-term euphoria,” Joseph Edwards, head of research at the crypto brokerage Enigma Securities, told Reuters.

Bitcoin’s recent rally has been fueled by interest from investors hungry for fast gains and resistance to inflation, as well as hopes that it will become a more mainstream digital payment method.

The price of one Bitcoin was still about four times greater on Monday than it was a year ago. The currency rose above the $30,000 mark for the first time on Saturday, just about two weeks after hitting $20,000 on Dec. 16.

Alternative cryptocurrencies surged in value Monday even as Bitcoin took a nosedive. One called Etherium was recently trading up 22 percent at $1,008.86 in its first jump above the $1,000 mark since 2018, according to CoinDesk.

Another major cryptocurrency called XRP jumped about 4 percent to roughly 23 cents even though the firm that created it, Ripple, is facing a lawsuit from the Securities and Exchange Commission.