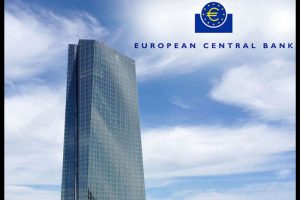 The European Central Bank said Thursday it will slow the pace of its emergency asset purchases, which were launched last year to support the economy amid the Covid-19 crisis, as policymakers worry higher inflation may last long.

The Governing Council left its key interest rate, the main refinancing rate, unchanged at zero, the deposit rate at -0.50 percent and the marginal lending rate at 0.25 percent. The decision was in line with economists’ expectations.

They should also judge that realized progress in underlying inflation is sufficiently advanced to be consistent with inflation stabilizing at two percent over the medium term, the bank added.

“This may also imply a transitory period in which inflation is moderately above target,” the ECB said in its statement.

Net asset purchases under the pandemic emergency purchase programme, or PEPP, will continue with a total envelope of EUR 1,850 billion until at least the end of March 2022 and, in any case, until policymakers judge that the coronavirus crisis phase is over, the ECB said.

“Based on a joint assessment of financing conditions and the inflation outlook, the Governing Council judges that favorable financing conditions can be maintained with a moderately lower pace of net asset purchases under the PEPP than in the previous two quarters,” the bank added.

Policymakers are worried that inflation could remain at higher levels for a while before easing off.

In August, headline inflation in the euro area hit a decade-high of 3.0 percent. Core inflation more than doubled to 1.6 percent.

The ECB’s decision to stop the front-loading of its asset purchases and to reduce the monthly amount without announcing any explicit unwinding of the purchases is a “small victory” for the hawks, ING economist Carsten Brzeski said.

“It is not tapering but a very tentative sign that tapering could eventually come,” the economist added.

Capital Economics economist Andrew Kenningham said the latest move to slow emergency asset purchases was “a long way from being a “full taper””.

The Governing Council would make PEPP asset purchases flexibly based on market conditions and with a view to preventing a tightening of financing conditions that is inconsistent with countering the downward impact of the pandemic on the projected path of inflation, the ECB said.

Net purchases under the asset purchase program will continue at a monthly pace of EUR 20 billion and will end shortly before the central bank starts raising the key interest rates, the bank reiterated.

The Governing Council stands ready to adjust all of its instruments, as appropriate, to ensure that inflation stabilizes at its two per cent target over the medium term, the ECB reaffirmed.