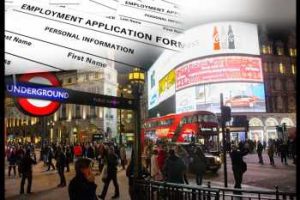 Economic optimism has collapsed around the globe due to a number of challenging conditions like inflation, war threat, unemployment, and climate change, all resulting in polarization in society, while businesses are viewed as the only institution that is competent and ethical, according to the 2023 Edelman Trust Barometer.

This year’s report finds that economic optimism has collapsed globally, from 50 percent to 40 percent, with half of the countries surveyed showing a year-over-year double-digit decline in the belief that their families will be better off in five years’ time.

This is Edelman’s 23rd annual trust and credibility survey, and the communications firm usually publishes a report every January. A total of 32,000 respondents in 28 countries took part in the 2023 Edelman Trust Barometer online survey conducted from November 1 to 28.

As per the report, 24 of 28 countries, including the US, the UK, Germany, and Japan are seeing all-time lows in families’ perceptions of their economic future.

Moreover, Edelman Barometer said even in countries with a stronger economy, over 35 percent are not confident that their families will be better off in five years.

According to the survey report, this has caused a mass-class divide, with a double-digit trust difference currently existing in three-quarters of the countries polled.

The business sector is now seen as the only institution exhibiting competence and ethics, while the government is regarded as unethical and incompetent, the report revealed. Business is under pressure to step into the void left by the government.

“The increased perception of business as ethical brings with it higher than ever expectations of CEOs to be a leading voice on societal issues,” said Richard Edelman, CEO of Edelman.