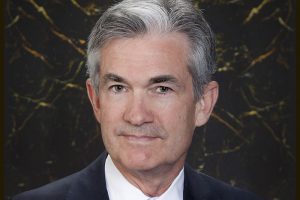 Citing inflation developments and further improvement in the labor market, the Federal Reserve on Wednesday announced its widely expected decision to accelerate the pace of reductions to its asset purchases program.

The Fed said it expects similar reductions in the pace of net asset purchases will likely be appropriate each month, pointing to an end to the program next March.

However, the central bank noted it is prepared to further adjust the pace of purchases if warranted by changes in the economic outlook.

The decision to accelerate the reductions in asset purchases comes as the Fed noted supply and demand imbalances related to the pandemic and the reopening of the economy have continued to contribute to elevated levels of inflation.

Meanwhile, the Fed also announced its widely expected decision to keep the target range for the federal funds rate at zero to 0.25 percent.

The Fed noted inflation has exceeded its 2 percent target for some time but predicted interest rates will remain at near-zero levels until labor market conditions have reached levels consistent with its assessments of maximum employment.

The central bank’s latest projections forecast as many three rate hikes in 2022 compared to the lone rate hike forecast in September.