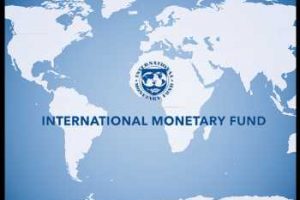 Geoeconomic fragmentation would cost the global economy up to 7 percent of economic output and this could go up to 12 percent in some countries in case of additional technological decoupling, the staff report from the International Monetary Fund showed Monday.

IMF staff cautioned that the world is facing the risk of policy-driven geoeconomic fragmentation after several decades of increasing global economic integration.

Technological decoupling significantly intensifies losses from trade restrictions and emerging market economies as well as low-income countries would be the most at risk from the loss of knowledge spillovers, the IMF said.

Estimates suggested that the cost of global output from trade fragmentations could range from 0.2 percent to up to 7 percent of GDP and this loss could reach 8 to 12 percent in some countries with the addition of technological decoupling, the report said.

Further, geoeconomic fragmentation could strain the international monetary system and the global financial safety net. “Financial globalization could give way to ‘financial regionalization’ and a fragmented global payment system,” the IMF staff said.

Fragmentation could weaken the capacity of the global financial safety net to support crisis countries and also complicate the resolution of future sovereign debt crises due to lack of international cooperation, the report added.