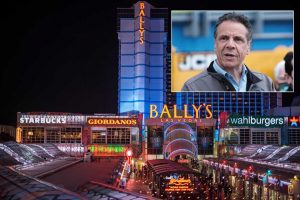 Manhattan politicos have squashed Gov. Cuomo’s plan to fast track a Las Vegas-style casino in the Big Apple, The Post has learned.

As The Post exclusively reported in March, three big name casinos — Wynn Resorts, Bally’s Corp. and Las Vegas Sands — have been gearing up for a rare opportunity to compete for a New York City-area casino license as soon as this year.

But efforts to move the process up by two whole years — to 2021 from 2023 — have collapsed amid strong objections from Manhattan legislators, sources said.

“I adamantly oppose any casino in Manhattan,” Manhattan Assemblyman Richard Gottfried, who represents the Upper West Side, told The Post. “I believe it would be seriously detrimental to the residential and commercial quality of Manhattan.”

State legislators had been working for months to get around Manhattan’s objections, including by crafting a bill to give Manhattan officials the right to decide for themselves on any casino license proposals that came their way.

But, Gov. Andrew Cuomo did not like the idea of giving the powerful island borough special rights, sources said, and the measure could not pass without it.

“This got really close. It fell apart in the wee hours of the morning,” the source said, referring to the April 6 budget deal.

Gov. Cuomo believed that making an exception for Manhattan would only open the door to special requests in other budget negotiations. And he is against the idea of home rule, where a county can circumvent state laws, the source said.

Freeman Klopott, a spokeswoman for the New York State division of the budget, suggested the the bill could be revived again this year: “With the influx of federal funding, there was less of an imperative to change the status quo, however we are continuing to work with the Legislature to see if there is a path forward this year.”

But Sen. Joe Addabbo, chair of the Racing and Wagering Committee, told The Post, “There’s mere discussion at this point. There’s nothing really going on.”

And casino execs say they’re not holding their breath for a deal this year.

“I think they will be bringing it up again in January,” one casino source said.

The most recent effort to push the bill came in May after the budget was already passed, sources said. But it failed and the campaign has come to a complete standstill since, sources added.

The race to bring a piece of the Las Vegas Strip to the Big Apple kicked off in 2013 with a constitutional amendment authorizing seven New York gambling casinos. The four upstate casinos were licensed first and a moratorium was placed on the downstate casinos until 2023.

Efforts to accelerate the downstate casino licenses had been seen as a potential fix to the state’s pandemic woes. The state stands to create new jobs and collect roughly $1.5 billion in license fees from the measure, sources said.

Two of the three downstate licenses are expected to go straight to gaming properties that already run slot machines in the area: the Resorts World Aqueduct racino in Queens and the MGM Resorts-owned Empire City Casino in Yonkers.

The third license is the one that had Las Vegas and Atlantic City casino chains like Wynn Resorts, Bally’s Corp. and Las Vegas Sands drooling.

Disappointed casino execs now say they have no choice now but to hope that the bill is revived again before 2023.